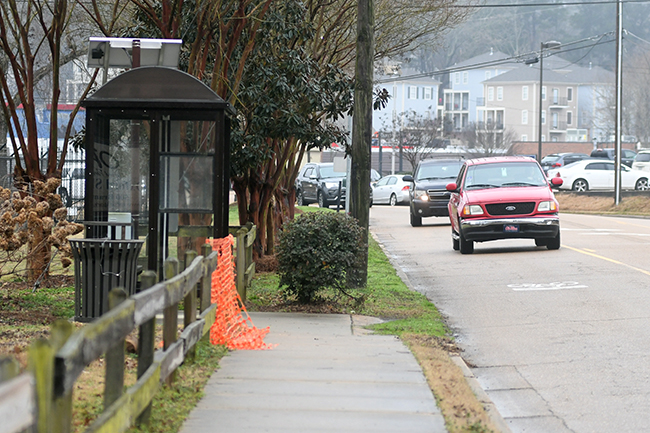 The city of Oxford has received a $167,000 grant, which it has to do a 20 percent match of about $42,000, to complete sidewalks along Bramlett Blvd. between University Avenue and Jefferson Avenue, in Oxford, Miss. on Thursday, January 17, 2019. (Bruce Newman)

The Board of Alderman on Tuesday approved a request to activate a project that would finish sidewalks along Bramlett Boulevard from University Avenue to Jefferson Avenue.

In a report from Oxford’s Development Services, the department didn’t budget for this project because they believed the period to receive grant funding from the MTC and FT had passed.

The report states there is a small balance in the capital overlay budget for miscellaneous projects, and funds to match the 20 percent requirement can come from there.

In approving the request, the city also approved the hiring of Elliott & Britt, a civil engineering firm which has offices in Oxford, to provide engineering services for the project.

Mayor Robyn Tannehill also took time to mention the late Rebecca Moreton, who served on the Oxford Pathways Commission and advocated for projects such as this.

“I know Becky is smiling,” Mayor Tannehill said during Tuesday’s Board of Aldermen meeting.

Construction on the project is not expected to begin until the next fiscal year.