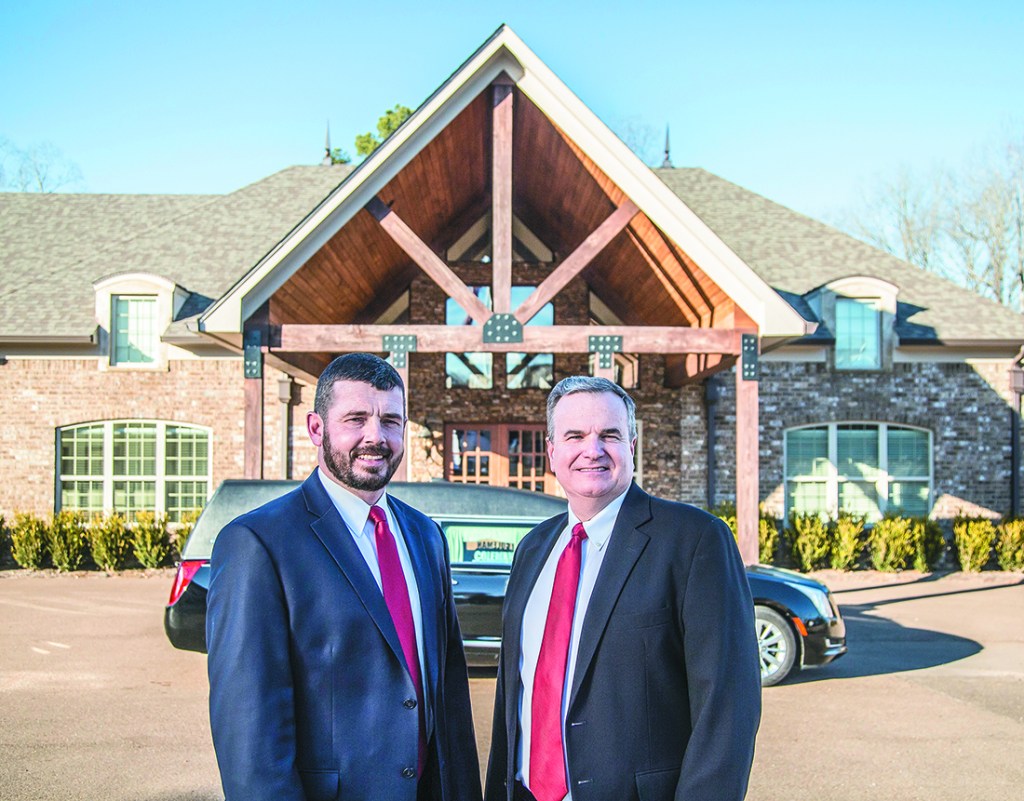 Glenn Coleman was born and raised on Oxford, and his funeral home service, Coleman Funeral Homes, is celebrating its 15th-year anniversary in 2019.

As part of its anniversary celebration, Coleman has events planned in the coming months, ranging from an open house to a Valentine’s Day dinner.

This is a way to celebrate the care and comfort Coleman has provided families since he officially started in the business in 2004, two years after graduating from Ole Miss.

“It is a ministry,” Coleman said. “We’re providing a service to these families who are dealing with one of the worst situations in their life.”

As personal as funeral services are, it does remain a business. Understanding this, Coleman has strived to build the reputation for new locations on the trust a funeral home needs to construct in a very short amount of time.

“We’re having to develop a very intimate relationship in a very short amount of time,” Coleman said. “They need to know that when we take their loved one from their home, we’re going to treat them with the utmost respect as if they’re our own family members.”

This is where the challenge lies for Coleman’s newest homes in Southaven and Olive Branch.

Setting up in Oxford was a much easier task, as Coleman is from Oxford and knows the city. Entering two completely different areas in Southaven and Olive Branch, Coleman says the key part in building a successful home lies in the personal touch.

He’s found a way to continue that touch by compiling a staff that shares the same mindset he has of prioritizing empathy and his requirement of that personal touch.

“I tried to make sure that when we add staff members and personnel, especially directors, that they are of that same mindset and they grasp the concept,” Coleman said.

Another way Coleman tries to add comfort to families he serves is with the designs of his homes.

The Coleman homes, unlike other homes of the past, feature airy spaces with vaulted ceilings, comfortable furnishings and rustic details like cedar beams and stacked-stone fireplaces. Coleman debuted his new look home in Oxford in 2015.

The up-to-date style helps has Coleman establishes his services in his expansions. After deciding on expanding to DeSoto County due to its rapid growth and lack of multiple, established firms, he faces the test of marketing his service.

Coleman said in his expansion into the two newer cities, over commercializing his home’s brand and image is the wrong way to market his services due to the personal nature of the industry. Instead, he wants to build his reputation one family at a time.

“The best advertisement is when you have correctly served one family and then they spread the word to others,” Coleman said. “That, hey, these Coleman folks, they took good care, they know what they’re doing.”

The way Coleman can ensure he can serve a family correctly is by going by the mantra that he might not get another chance to do so.

“It may be the third funeral that we’ve conducted that week, but it’s the one time that this family’s had to be in a funeral home and go through this process in the last 10 years, 20 years,” Coleman said.

“We get one chance to get this right for this family.”