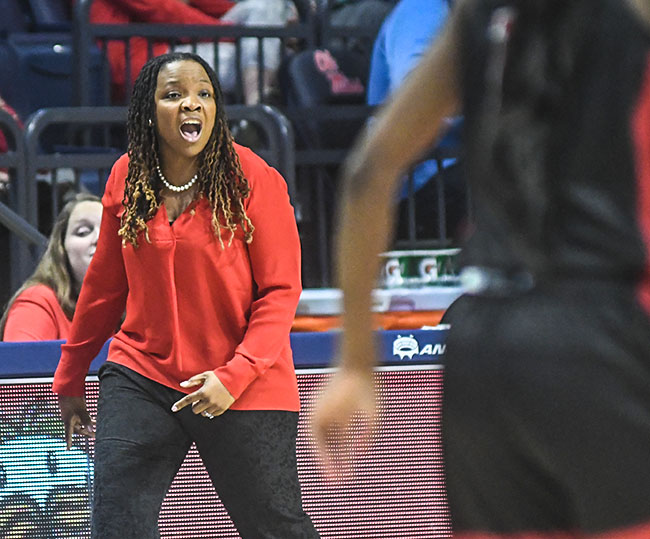 Both coaches in Sunday’s Ole Miss and Florida contest, Yolett McPhee-McCuin and Cam Newbauer, both echoed the same sentiments in their evaluations of SEC women’s basketball.

Newbauer and McPhee-McCuin are both fresh faces in the SEC: Newbauer is in his second year, while McPhee-McCuin is in her first. Newbauer understands the faces of the conference are borderline untouchable.

“The top is the top,” Newbauer said. “There’s South Carolina and Mississippi State. After that, there’s some parity there with the number of teams.”

This is true. Who’s going to argue any team is better than Mississippi State right now? The Bulldogs’ only loss was on the road against a red-hot Oregon team featuring some of the best offense in the nation. MSU should be fine the rest of the way, and might have a shot at winning the conference easily.

But, then again both coaches pointed out anything’s possible. It’s why the play is gamed, so to speak. McPhee-McCuin know this, as she was an architect of the chaos she described Sunday.

While Mississippi State is still the conference’s team to beat, don’t be surprised if another SEC team can knock them down from there perch for a little bit.

“I call it the Hunger Games,” McPhee-McCuin said. “You either eat, or you’re eaten.”