Information being sought into shooting, killing of Lafayette County pony 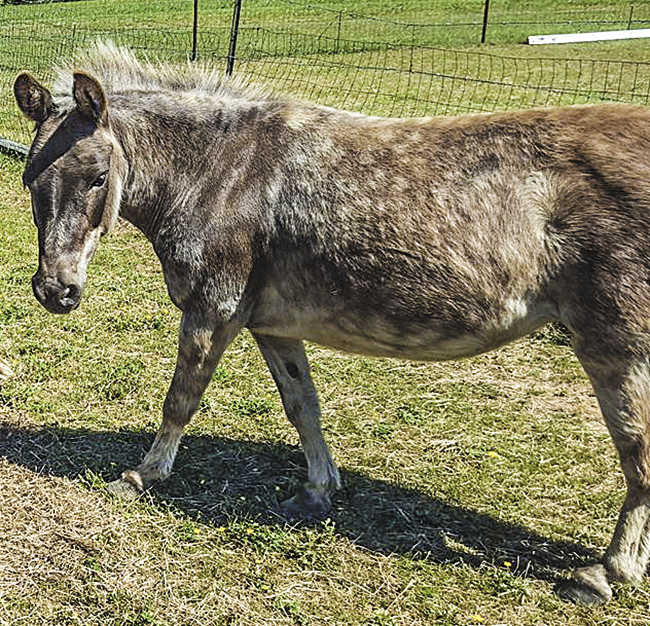 An Oxford resident is searching for the person responsible for shooting, and subsequently killing, one of his ponies last week. The incident occurred last Tuesday on Dennis Bullard’s property at 78 County Road 253.

Bullard went out to feed his animals on Tuesday evening and noticed one of his ponies, Sadie, lying on the ground. Sadie was 20 years old and Bullard assumed his pony’s passing was due to natural causes. It was already too dark for Bullard to deal with Sadie that night, and he discovered the blood coming out of Sadie’s nose and mouth along with a gunshot wound to her head when he went out the next morning.

“Sadie was a very friendly pony and she would come up to a fence because she loved people,” Bullard said. “In the evenings, sometimes they would gather at the front part of that property by the road, which is fenced, and they would graze.”

Bullard’s assumption is someone pulled up to the fence and his pony walked up to them to greet them due to her personality and that is when the shooting took place. He walked the road looking for shell casings but did not find any, but he did notice hoof marks in the field that appeared to show the ponies were startled by something.

The Lafayette County Sheriff’s Department was notified and went to Bullard’s property to process the scene. A spokesman for the sheriff’s office noted they are not sure at this time if the pony was shot in the field or the barn and they do not have any suspects at this time.

Bullard is personally offering a $1,000 reward for any information leading to the arrest and conviction of the person responsible and asks if anyone has such information to contact the sheriff’s office.