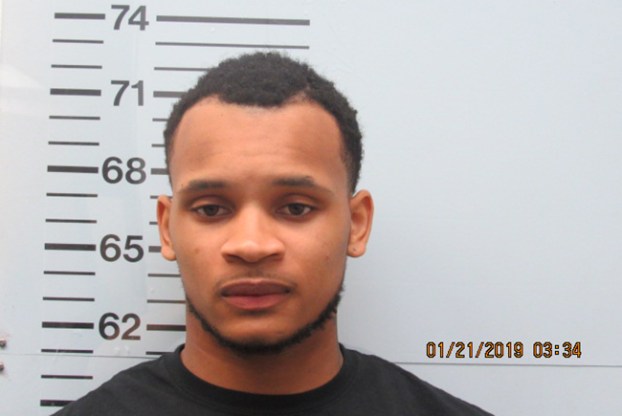 On January 20, 2019, at approximately 12:04 a.m., officers with the Oxford Police Department were notified of an assault that had occurred on East Jackson Ave next to South 10th Street. The victim was taken to Baptist Memorial Hospital North Mississippi and then transferred to Regional One Medical Center in Memphis, Tenn. The suspect, Ta Darius McIntosh, 19, of Pontotoc, Miss. turned himself in later that afternoon. No weapons were used in the assault, according to police. McIntosh was charged with Aggravated Assault and given a bond of $50,000 by a Justice Court Judge.

A Pontotoc man turned himself in on Saturday afternoon to Oxford Police after assaulting a man near the downtown Square, sending the victim to a Memphis hospital.

Oxford Police responded to a call of an assault early Saturday morning near East Jackson Avenue and South 10th Street at about 12:04 a.m. The next afternoon, Ta Darius McIntosh turned himself into police and was arrested. No weapons were used in the assault.

The victim was taken to Baptist Memorial Hospital-North Mississippi, and later transferred to Regional One Medical Center in Memphis.

McIntosh was charged with Aggravated Assault and given a $50,000 bond by a Justice Court Judge.

Knitting might be considered a craft from days gone by that someone’s grandmother would do to pass the time while... read more