First National Bank offering relief to those affected by shutdown 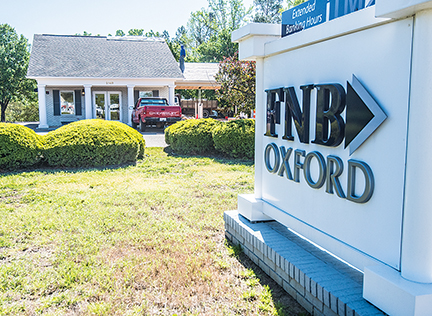 The FNB branch on South Lamar is undergoing repairs to its drive-thru, in Oxford, Miss. on Friday, April 7, 2017.

The government has been in a partial shutdown for over a month. As it continues to set the record for longest shutdown with each passing day, an estimated 200 people affected in the Lafayette County area are continuing to suffer.

With that in mind, First National Bank of Oxford has decided to offer financial relief to some affected by the shutdown. FNB introduced a new loan package on Tuesday that is designed to help people who are struggling to take care of everyday needs due to lack of work and, as a result, a lack of a paycheck.

“Whether they’re FNB customers or not, we wanted to devise something to help them out if we possibly can,” Senior Vice President for FNB Oxford Campbell Helveston said. “If it helps one person then the product’s been a success.”

Government employees who have been placed on non-pay status and qualify for the product will be offered a three-month deferred payment loan. That essentially means the person will be given a three-month loan, with the amount of the loan being based off their net take home pay. The interest accrued will be deferred until the end of the term, allowing them full access of the loan to use for whatever they need.

“Hopefully before the end of (the loan term), the government shutdown is over and, from what I understand, the federal employees will be paid for time they missed and they can use those funds to pay off the debt,” Helveston said.

Before FNB rolled out their loan relief plan, Helveston said he had received ‘several phone calls’ from people in federal offices who said they had employees who were interested in the loan and would be contacting them.

FNB’s Tupelo office is also offering this same assistance to Lee County residents who have been unable to work due to the shutdown.

Congress is still at a standstill when it pertains to finding a resolution to the nation’s most recent government stoppage. The Senate was to vote on two potential shutdown plans this week, but the expectation is neither will go anywhere.

Over a dozen Oxford High students awarded for their…