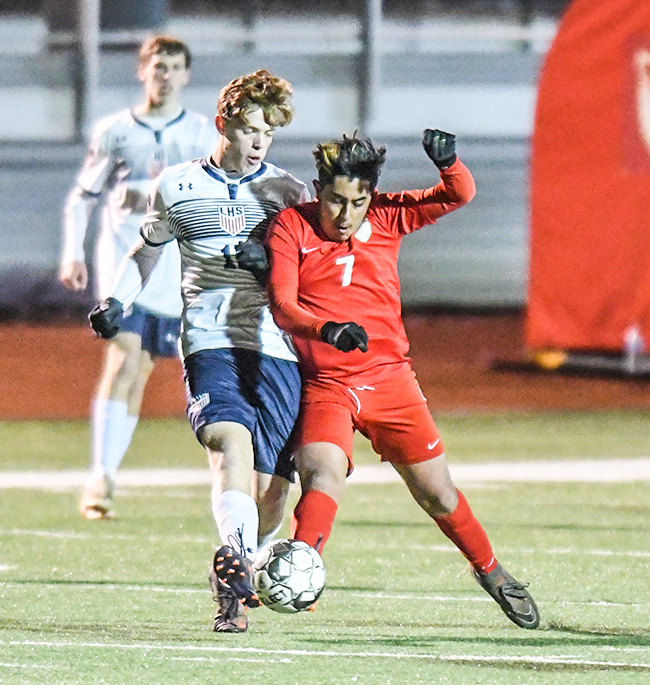 OXFORD – In a rescheduled tune up for Monday’s playoffs, Lafayette dominated the No. 1 seed in the 5A State Playoffs. The Lady Commodores shutout previously undefeated Lewisburg under the lights at Lafayette High School Thursday, winning 4-0.

The Lewisburg girls had allowed just seven goals all month, but allowed four in the first half to the Commodores. Lucy Wilson got Lafayette going early, scoring the team’s first goal will less than three minutes into the contest. The Commodores never looked back.

“We talk about that a lot. If we wait ten, twenty, or thirty minutes to start playing well, it’s easier for other teams to play hard. So it’s good to get one quick” said head coach Melinda Scruggs. “It’s always good to put someone down and at a disadvantage right away.”

To go along with Wilson’s first half goal, Julia Perkins also scored and Hudson Lindsay got on the board twice. The second half was a stalemate, with neither team able to put one in the net.

“We’ve been playing on grass, and being back on turf helps us,” Scruggs said.  “We were able to keep possession, and we’re a possession-oriented team. Just being able to put some balls in the back of the net helps our confidence, making sure we’re ready to go moving forward.”

Riding a six-game win streak into this week, the Lafayette boys have now lost two straight. The boys lost to Lewisburg on Thursday by a final score of 4-0, dropping their record on the season to 12-9.

Lafayette hung tough in the first half with the one-loss Lewisburg team, but a late goal with eight minutes left in the first half put the game a bit out of reach for the Commodores. They went to half trailing 2-0 and were never able to overcome the first half deficit. The Lafayette coaching staff thought the loss was a bit of a wake-up call for the team.

“It was kind of good to play them, because they are one of the best teams in the state,” said head coach Gene Anderson. “We’ve been doing some things that we could maybe get away with against some people. But we need to get on film and address that before we get into the playoffs

Both the Lafayette girls and boys have just one game left before the start of playoffs next week. They travel to West point Friday night for a division showdown with West Point.