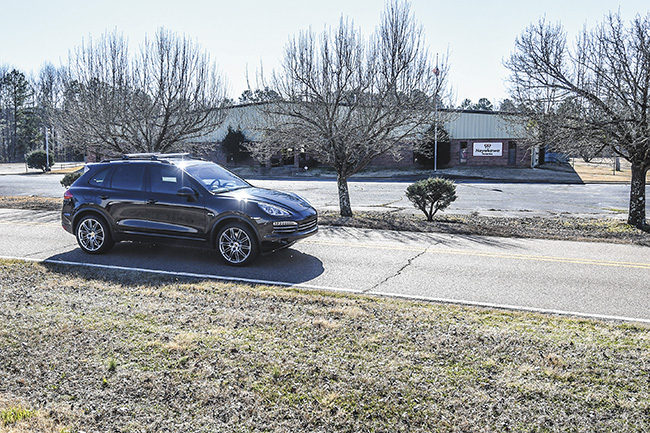 On Monday the Oxford Board of Alderman approved a landscaping bid of $12,000 for the front of the former Hayakawa building on Industrial Park Road. in Oxford, Miss. on Tuesday, January 29, 2019. The city recently purchased the building, which could possibly be used as a future home for the Oxford Police Department. (Bruce Newman, Oxford Eagle)

In what could be viewed as the first step taken towards the Oxford Police Department finding a new home, the Oxford Board of Alderman approved a landscaping bid to renovate the area in front of the former Hayakawa building on Industrial Park Road.

The board looked over three potential bids from landscaping companies and settled on the bid from Matthews Landscaping and Maintenance, LLC. During Monday’s recess meeting at City Hall.

Green Leaf Gardens, LLC and Smith Lawn Management were the other two companies to put in bids for the project.

Matthews bid totals $12,343 and came in as the lowest of the three bids. The main portion of their bid includes placing 12 12-foot bosque elms along the front of the parking lot to serve as a natural screen. Other bushes and trees will also be planted as part of the renovation.

It has been no secret the OPD has been looking for a new home due the growth of the department becoming more than their current station on Molly Bar can hold. After they were unsuccessful in their attempt to purchase the old Oxford Elementary, they city began looking for other potential options with the Hayakawa building being one of them. During Monday’s meeting Oxford Mayor Robyn Tannehill noted they were holding off on relocation plans for OPD at this time.

Earlier this month the Board adopted an Intent Resolution for a $1.9 million General Obligation Note that included the Hayakawa building for capital purchase.