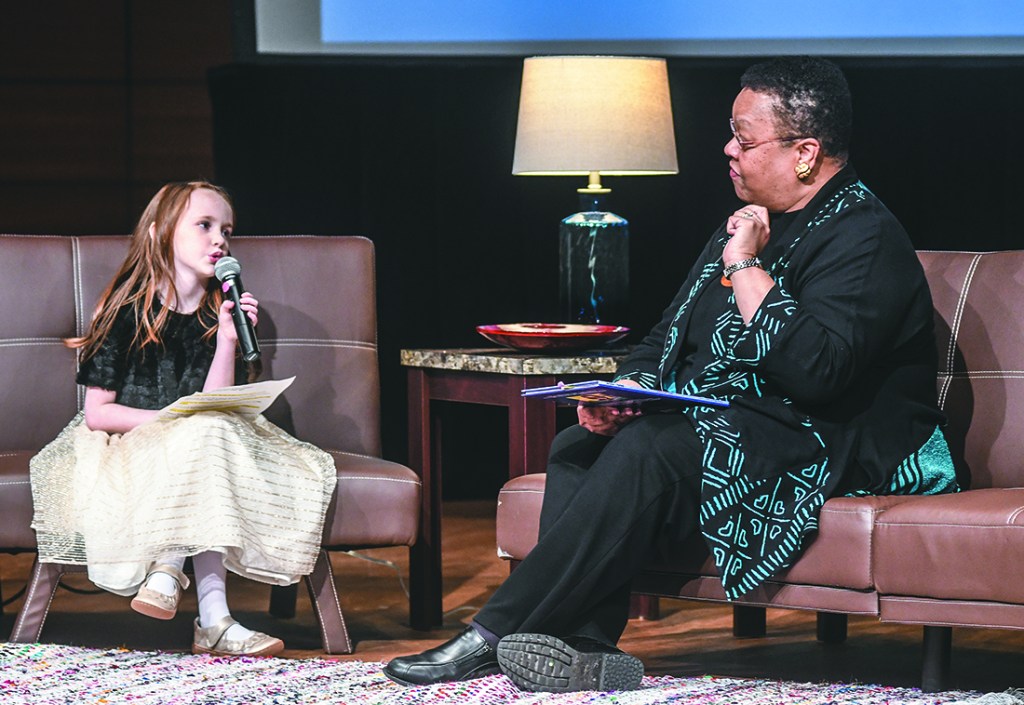 Thacker Mountain Radio has been synonymous with Oxford and Lafayette County for over two decades. Last Saturday, they allowed the next generation to try their hand at hosting the popular hour-long show.

In partnership with the University of Mississippi’s Living Music Resource, Thacker Mountain Radio presented Thacker Junior inside the Nutt Auditorium on the campus of Ole Miss. The event lasted from 6-7 p.m. and included literary and musical guests much like the original Thacker Mountain.

Guest speaker, Oxford Mayor Robyn Tannehill, discussed her ‘Mayor for a day’ program amongst other topics. This was the fourth Thacker Jr. but the first to partner with the Living Music Resource.

Nancy Maria Balach is an associate professor of music at the University of Mississippi and the artistic director of the Living Music Research. The idea came about when Thacker Mountain director Kate Teague, who is a former student of Balach’s, approached Balach about the idea of them partnering to do the junior edition.

A current student of Balach’s, Ava Street, asked Balach to be her mentor for her Honor’s College capstone project and wanted to do something with children. The opportunity for Thacker Mountain Jr. presented itself at the perfect time.

“It just was perfect timing in terms of the mission of LMR, in terms of education outreach and entertainment,” Balach said. “Thacker was looking to expand the Thacker Junior program but needed someone to take that over. I approached Ava and asked her about the idea of running Thacker Junior as part of her capstone project. I said ‘I’ll mentor you through it and bring it to fruition.’ That’s what took place.”

Street produced and directed the show but young talent served as both hosts and musical acts. Roxford University served as the house band and there was a child literary author who read their book about kindness titled ‘The Love Bomb.’ A couple weeks prior to the show, Street held auditions for spots on the show for young musical talent in Oxford. She picked a pianist, a vocalist and a child who could sing and play guitar.

Along with the young guests, author Gloria Burgess was a guest speaker and discussed her children’s book titled “Pass it On!” The book tells the story of her father growing up in Oxford, and how William Faulkner paid for him to go to college with the stipulation that Burgess’ father pass on the tradition.

The hosts were Mary Cile Meagher and JR Stribling who interviewed Mayor Tannehill. Thomas Franlkin interviewed Burgess during the show.

“I decided to try out for one of the hosts because my parents love Thacker Mountain so I thought I might like Thacker Jr., “ Franlkin said. “I interviewed Gloria Burgess on stage.  She was wonderful, very kind and easy to talk to. I felt a fluid connection with her.  I read her book and really liked it.  I enjoyed being part of the community, and I liked it when we all took a bow and everyone cheered.”