Oxford girls soccer saw growth in second season in 6A 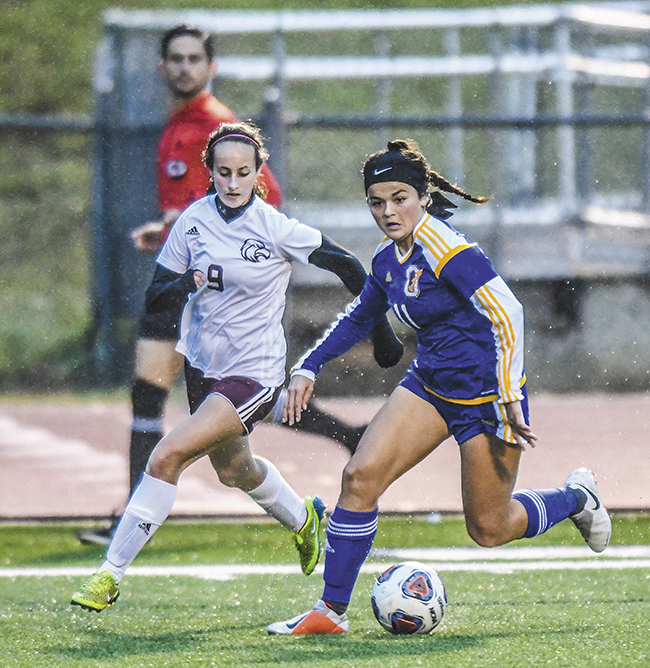 Oxford’s second season in Class 6A was different. Better. After winning back-to-back state titles in 2016 and 2017 as a Class 5A school, the Lady Chargers were bounced in the first round of the playoffs in 2018. Their first season following a school-wide move to be a 6A school, the 2018 squad went 15-7-1. This year, Hunter Crane’s unit went 18-2-1, losing in the second round of the playoffs on Saturday.

“We definitely had our improvements. 18 wins, two losses; it’s definitely better than the year before. I think we were in every match we played all year long,” said head coach Hunter Crane. “They realized that 6A is more consistent soccer, so you have to show up every day. They did that for the most part, all season long. I was proud of that.”

Of the differences between 5A and 6A soccer, Crane cited two above the others. More girls in 6A soccer play year-round, having played with other members of their teams for longer. Additionally, a lot of 6A schools devote a lot more time and recourses to soccer. “It’s not just a secondary sport – it’s a major sport.”

Saturday, on the road in the playoffs against Northwest Rankin, the girls would fall behind early, losing the game 4-2. The loss was their first to any school within the state of Mississippi on the season. Crane said the girls got hit in the mouth early and panicked.

“We knew the first twenty minutes would be important. We knew the first five minutes would be very important. They still shocked us with it,” Crane said. “I think it rattled us a bit, more than it usually does… I thought we had moments where we looked like ourselves, but for whatever reason we weren’t able to put it together on Saturday for a consistent period of time.”

Crane said they intentionally made it difficult on the girls over the course of the year, a lot of that due to playing a tough schedule. Their only loss before losing in the playoffs was to an 18-2-2 Gulf Breeze team, one of the best teams in the state of Florida. For an 18-2-1 team, Oxford fell behind more times than one would think on the year but were always able to battle back. Saturday, they were simply unable to rally in the same style.

The Lady Chargers will lose their best player to graduation, in Morgan O’Connor. She’ll take her 33 season goals from this year and enroll at Ole Miss to continue play soccer. Seven others will also graduate, including 16 more goals from Emily Hayward and nine from Katelyn Rock. However, it is a team that has played a lot of young talent, particularly in the midfield. The team started two freshman, Grace Freeman and Ivy Dennis, as well as a sophomore Carissa Strum, that will all be back. They’ll also return a starting goalkeeper – a luxury they didn’t have going into this year.

“I’m disappointed it ended the way it did, but we’re going to look at the positives and what we did right. We’ll build off that and go get ready for next year,” Crane said. “We’ve got some pieces to replace. Obviously, Morgan O’Connor’s not going to walk back through the door. Replacing arguably the state’s top player isn’t going to be done with just one person. It’s a team effort.”