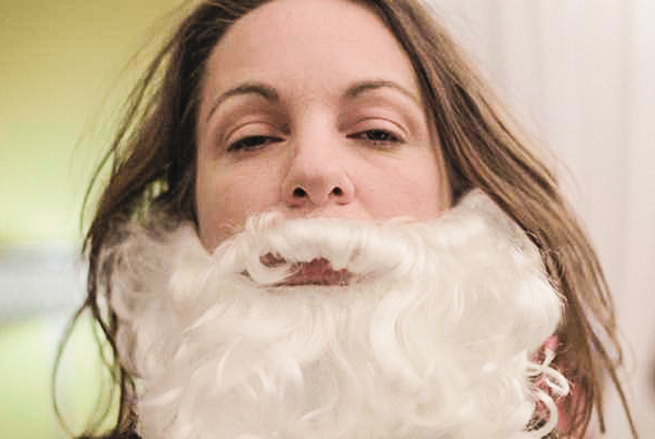 “Checked In” by Connor King will be shown at the Powerhouse Community Arts Center on Wednesday when the Oxford Film Festival gets underway.

One of Oxford’s biggest events of the year is back for its Sweet Sixteen. The Oxford Film Festival begins this week, marking the 16th edition of the annual fest and is expected to be one of the largest to date.

In partnership with Thacker Mountain Radio, the film festival officially kicks off on Thursday night with its opening night events taking place at the Gertrude C. Ford Center at Ole Miss. Thacker Mountain will run from 6-7 p.m. before a screen of ‘Ghost Light’ airs immediately after, starting at 7:15 p.m. Following the screening, there will be a Q&A segment with Roger Bart, who stars in the film.

The festival will begin in earnest on Friday with film blocks beginning at 9:30 a.m. all weekend and running until 10 p.m. or later. The Malco Oxford Commons is the site for the bulk of the films, but the Powerhouse and Oxford Conference Center are also holding events throughout the weekend.

The Oxford Conference Center is hosting the kids’ film fest throughout the day on Saturday. Tickets to attend are $10.

Special events during the festival include a screening of Bill Paxton’s first film titled ‘Taking Tiger Mountain Revisited’ which will screen on Sunday at 12:45 p.m. at Malco Oxford Commons and include a special Q&A afterwards. There will also be panels held throughout the weekend covering a range of topics from media arts to a female filmmaker forum that will be from 9:30-11 a.m. on Saturday.

Screenings for ‘Bathtubs over Broadway,’ ‘Don’t Get Trouble in Your Mind,’ the Louisiana film prize block and the queer edge shorts have all sold out. However, there are rush tickets available for purchase. For those who are unable to get rush tickets for ‘Bathubs Over Broadway’ the festival added an encore screening for 9 p.m. on Saturday.

For more information, a full schedule of the festival and to purchase tickets for film blocks and passes visit oxfordfilmfest.com