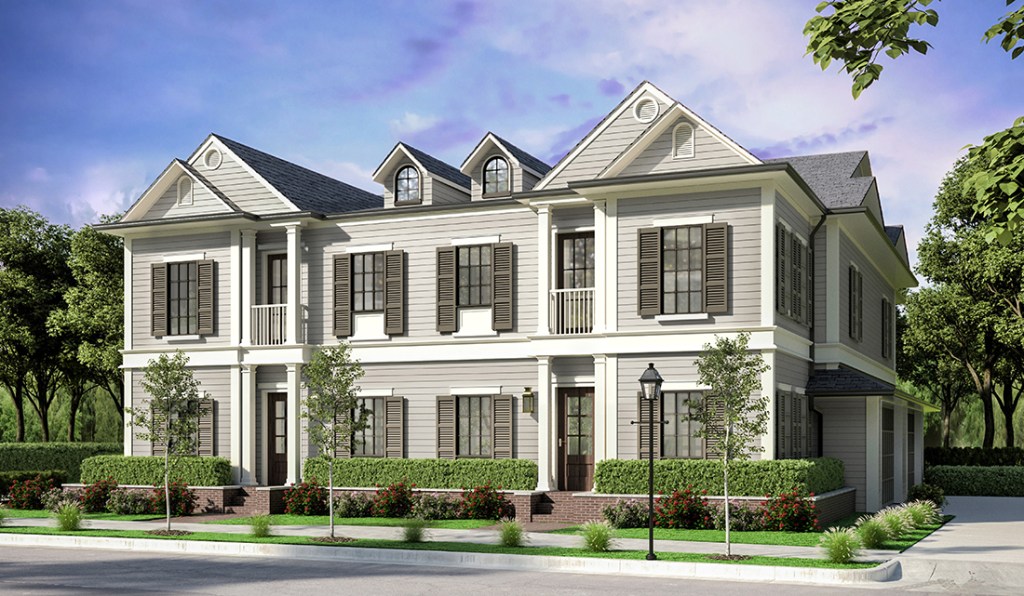 The Belle Rivers workforce housing community, which has been in development with the city since 2017, is eyeing an August 2019 completion date.

The community includes 48 three-bedroom townhomes, and is said to be around 35 percent complete according to Belle Rivers Owner/Developer Stewart Rutledge.

Another 48 three-bedroom townhomes will be built approximately a mile away in a community named “Eastover.” The 1,400 square-foot, two-story units will be quad-plex units, meaning there are four units to each building, and each will include a two-car garage.

The Belle Rivers homes will be available for families, which are at 60 percent or less of family median income, according to LOU President Kathy Sukanek.

Currently at the site, there are around nine buildings standing, with about five having roofing. However, Rutledge said that rapid framing and roofing can be deceptive regarding the overall completion schedule.

“When you get pavement down and shingles up, that’s a big thing,” Rutledge said. “That’s when you can really tell that we’re getting somewhere. We don’t yet.”

The townhomes also represent an opportunity for LOU-HOME, Inc., a non-profit corporation pursuing affordable housing opportunities in Lafayette County, to get involved.

According to LOU-HOME Chief Administration Officer Fred Laurenzo, Rutledge and Winters Construction are the ones who take action, while Laurenzo and others with LOU-HOME advise Rutledge on the different and next steps to take.

Of those next steps, the Oxford Board of Aldermen made a giant one Tuesday with the naming of the Executive Hosing Committee.

The 13-member housing committee is a way to push past any existing politics that come with discussion affordable housing.

The commission is made up of representatives from city government, county government, the University of Mississippi, local builders and non-profit organizations.

Laurenzo, Rutledge and Sukanek considered this an enormous deal, as steps like the committee are rare in an ultra-conservative state such as Mississippi.

“Those actions to me were, were really substantial because you support more affordable housing in San Francisco, you get a purple heart,” Rutledge said. “You do it here. You’re running the risk of losing your job.”

Sukanek, Rutledge and Laurenzo were all gracious towards the City of Oxford and Lafayette County for supporting affordable housing over a few years.

“There are successful models where communities have made a bigger dent, but they require ordinances, passage of certain kinds of ordinances,” Laurenzo said.

However, Rutledge did say affordable housing is not an issue that can simply be solved.

“You have to inject something from outside that universe, that economic structure, either incentives or a zoning that will encourage developers to include within their plan affordable housing,” Laurenzo said.

One of the themes reluctantly brought up was inclusionary zoning, as a community can often times use zoning as a way to avoid building affordable housing.

“Zoning is often a cop-out,” Rutledge said. “It’s an easy one because you can’t argue against it because that zoning map is already there, and it was there before you got here.”

However, Rutledge said the mayor’s office and the city have been extremely helpful with zoning.

Specifically, the project required variances to be approved by the Board of Aldermen in order to begin.

“Again, it goes back to your value judgments: what are you going to assign a greater value: more housing options or that colorful zoning map,” Rutledge said. “Are you going to value bridging of the housing gaps and the creation of a long-term, healthier community? It always goes back to the value assigned to diversity by all of us. This community has spoken its values very clearly with more than just words.”

When it comes to finishing the Belle Rivers project, Rutledge explained the project has a very strict and finite budget. He said this type of budget wouldn’t allow him to allocate money from one section of the project to another.

This is tricky, as the 48-home Eastover project is also on the docket.

Sukanek said the city’s Vision 2037 project indicated the city thought it would need 200 affordable homes. With this in mind, Laurenzo said LOU-HOME is always looking into affordable housing.

This means looking into stewards and land that would be willing to be involved with the next affordable housing project.

“People who have secure housing are more invested in the community,”Laurenzo said. “Their kids finish high school; a higher percentage of them go on to higher education; they vote more often. So, secure housing is objectively good for the community.”