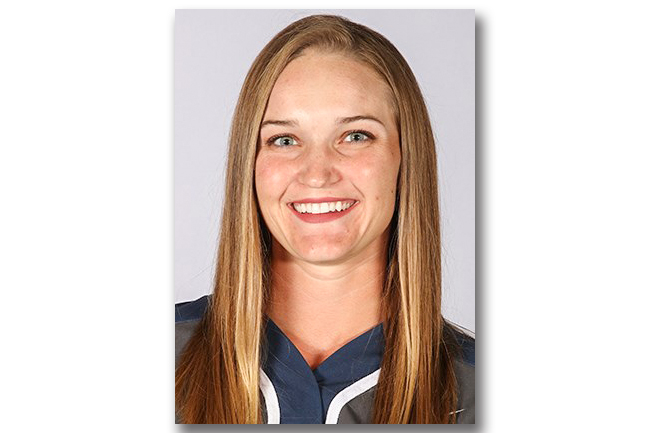 ORLANDO, Fla. – For the fourth-straight season, Ole Miss has started the season off 1-0 after defeating UCF 3-0 in the first game of the Friends of Jaclyn Tournament Thursday night.

Making her final season-opening appearance, senior Brittany Finney had all of her stuff working in the circle. The righty threw the second complete game shutout of her career, allowing just four hits and a walk, striking out six.

Batting out of the two-hole, junior Kaylee Horton had herself a ball-game. The slapper went a perfect 3-for-3 at the plate with a pair of runs scored and a walk.

The Rebels didn’t waste any time getting the first run of the season up on the board. Horton got things started with a looping single down the left field line before stealing second. Finney helped her own cause with an RBI single, lacing a pitch back up the middle to plate Horton.

Ole Miss added to its lead in the third, with Horton doing the bidding again. The junior led off with a single up the middle, once again swiping second. After she moved to third on an Abbey Latham grounder, the Jasper, Alabama native beat the throw home on a double steal to make it 2-0 in favor of the Rebs.

The Rebels used their speed once more in the fourth to tack on another run. After Gabby Alvarez drilled a double down the right field line, Tate Whitley came on to run out of the flex spot. With Whitley on third, Ole Miss once again utilized the double steal and the freshman slid under the tag at the plate to extend the lead.

With Finney in fine form in the circle, that was plenty of offense as the senior pitcher and her defense were able to shut down whatever the Knights could throw at them to start out 2019 with a shutout.

Quick Hits
• The Rebels open the season with a victory for the fourth-straight season, last losing the season opener in 2015.
• The complete-game shutout is the second of Finney’s career, last accomplishing the feat Apr. 11 against Belmont.
• Kaylee Horton had a perfect day at the plate, going 3-for-3. The junior registered a pair of 3-hit games in 2018.