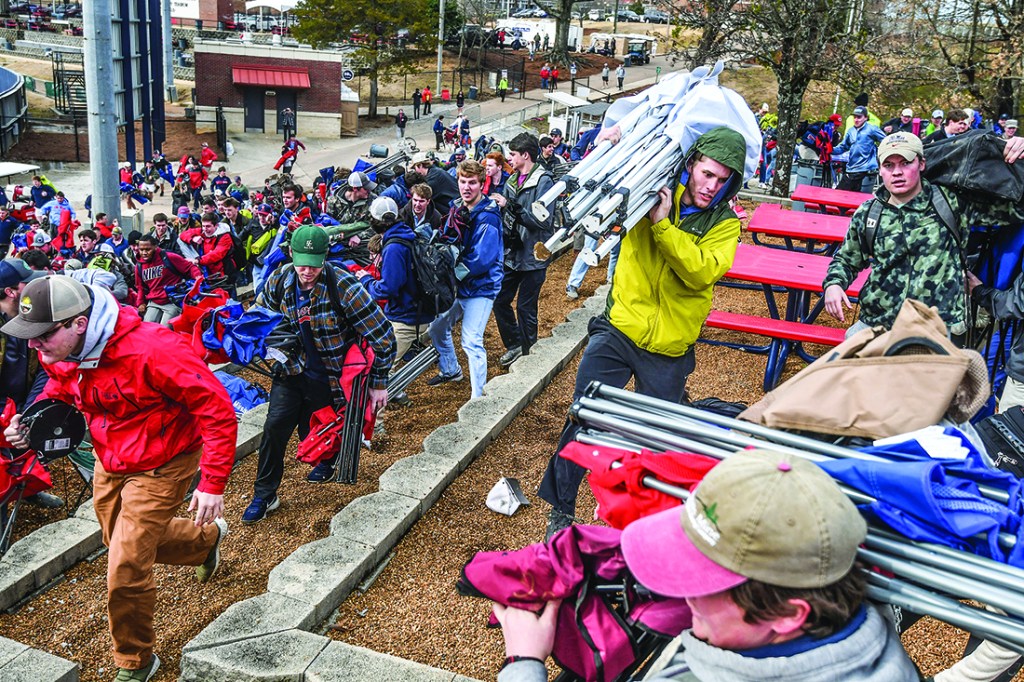 The right field section was added to Swayze Field in 1993, which is specifically for the students to sit and watch.

According to the Swayze Field on the Ole Miss athletics website, the right field area is “where hundreds of students have become accustomed to spending their sunny spring afternoons at the ballpark.”

As insane as the rush looks to be to “reserve” seating, you have to hand it to Ole Miss baseball fans: they show out well for the home team.

The 2018 Ole Miss team won the SEC Baseball Tournament, but lost to Tennessee Tech in the Oxford Regional. This year, expectations are just as high as Ole Miss ranks 10th in the nation according to D1baseball.com.

The 2019 Ole Miss baseball season starts this Friday at 4 p.m., as the Rebels take on Wright State at Swayze Field and fans get to put those freshly reserved seats to good use.