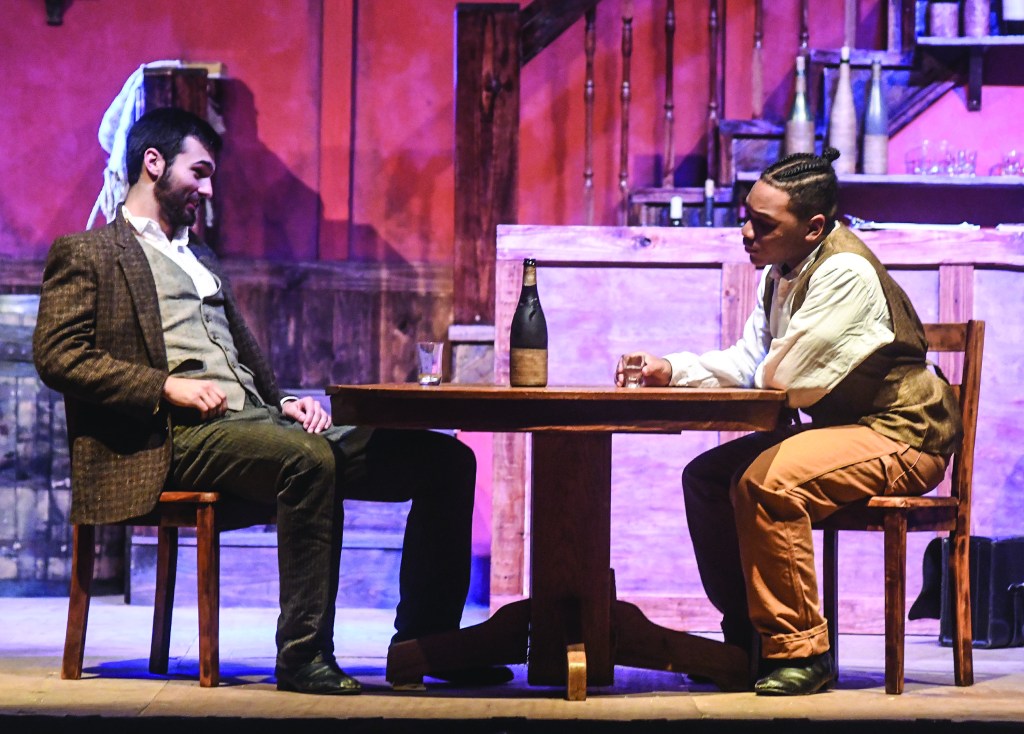 Oxford High School has taken a different approach to this year’s theater season, putting a different spin on a few well-known titles.

For its Christmas show, OHS did a 1950s-style radio reading of “It’s a Wonderful Life” and its current show, “The Man Who Shot Liberty Valance,” puts a focus on the show’s love triangle as opposed to the film from 1962 with the same name.

The change from the source material puts more of a challenge on the student actors, but show director John Davenport said that’s by choice.

The last two years, Davenport and OHS put on shows like Curious Incident of the Dog in the Nighttime and 12 Angry Men, which are shows that are heavily dependent on characterization.

“We’d like to choose at least one show a year where the challenge of the show is in the characterization, the acting,” Davenport said.

Davenport said the 1962 movie puts more of a focus on the political aspects of the time, but the change to focus on the love triangle between three of the major characters.

This change, while not monumentally different from the story most fans of the film remember, is different enough that it has the cast and crewmembers combating pre-existing stereotypes about the show that spins off of a western film.

However, Davenport has brought OHS AP U.S. history teachers in to help research the characters of the show and help the actors understand why their characters are behaving a certain way.

“We’ve had many discussion about trying to define the stereotype here and they’ve done a good job on it,” Davenport said. “A lot of that has to do with the amount of research that they’ve put into it.”

Davenport first came across the script a few summers ago while looking for scripts for that season. “Liberty Valance” kept coming up, and he decided to pocket to show for the right time.

That time is now, considering OHS’s junior and senior acting class on stage and the extra time the show gets, with the February show getting an extra week or so every year.

It’s also fitting, as the “Liberty Valance,” which features an ambiguous love triangle, is also premiering on Valentine’s Day.

The show stars Joel Adamson as Ransom Foster, a young scholar from the East Coast who finds himself in the city of Two Trees after being rescued by Bert Berricune, played by Jacob Heuer.

Foster, looking for purpose in the Wild West, finds his purpose as a teacher, and falls into the aforementioned love triangle in the process.

The most lovable characters in the show, specifically Jim Mosten, played by Damarius Wilson, are weaved into the main characters with a smaller stage, which is meant to be more intimate.

Technical Director Jordan Caviezel said the students built the set, which includes a staircase that was built from scratch.

“Liberty Valence” premieres Thursday, February 14, at 7:30 in the Kayla Mize Auditorium at Oxford Middle School. The show runs through February 16. Tickets are $10, $5 for students, and are available online and at the door.