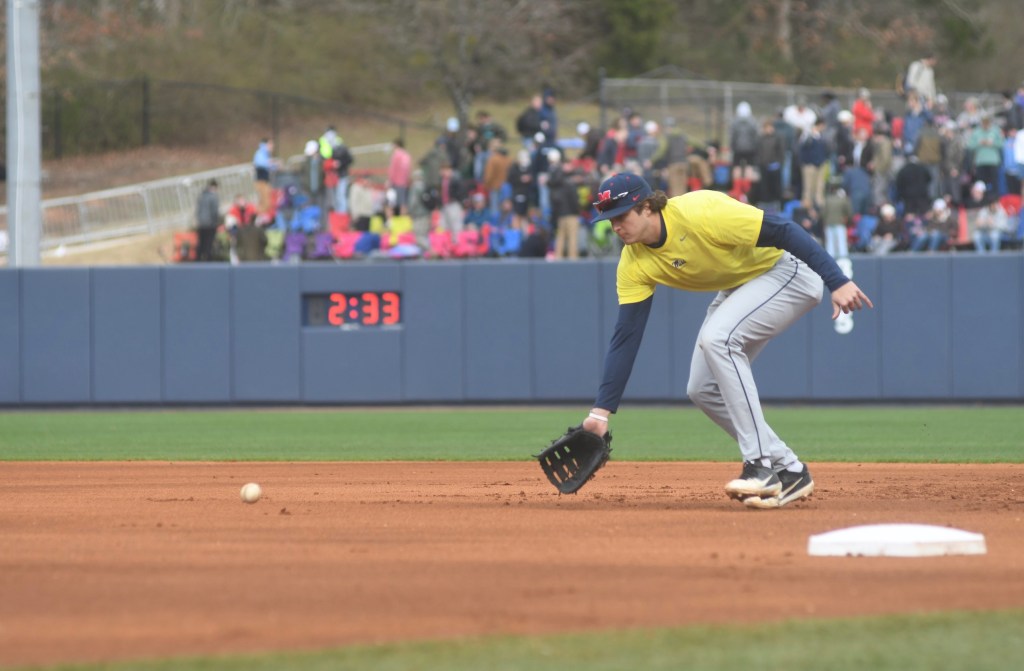 It was an ugly and brutal end to the 2018 season for Mike Bianco’s Rebels. The nation’s No. 4 overall seed lost to Tennessee Tech in the Regional, coming out of the losers bracket to beat Ole Miss in back-to-back games at home to end the Rebel season.

“It was tough. It was as tough a day in baseball as I’ve ever had, and I’ve had a lot of days in baseball,” Bianco said in Tuesday’s Media Day press conference. “We feel we were a better team than Tennessee Tech… but they played better than us on that day. It was an unfortunate ending to a great, great season. It took me a while to get over it.”

Now it’s a new year and newfound excitement for the preseason No. 10 team according to Perfect Game. The Rebels have sold out of 7,101 season reserved tickets, a school record by nearly 900 tickets. It’s also a very experienced squad, returning seven of the regular starting nine from last year and eleven pitchers who lettered. Twenty-one players of thirty-seven players the Ole Miss roster are upperclassmen, something the coaching staff is very excited about. 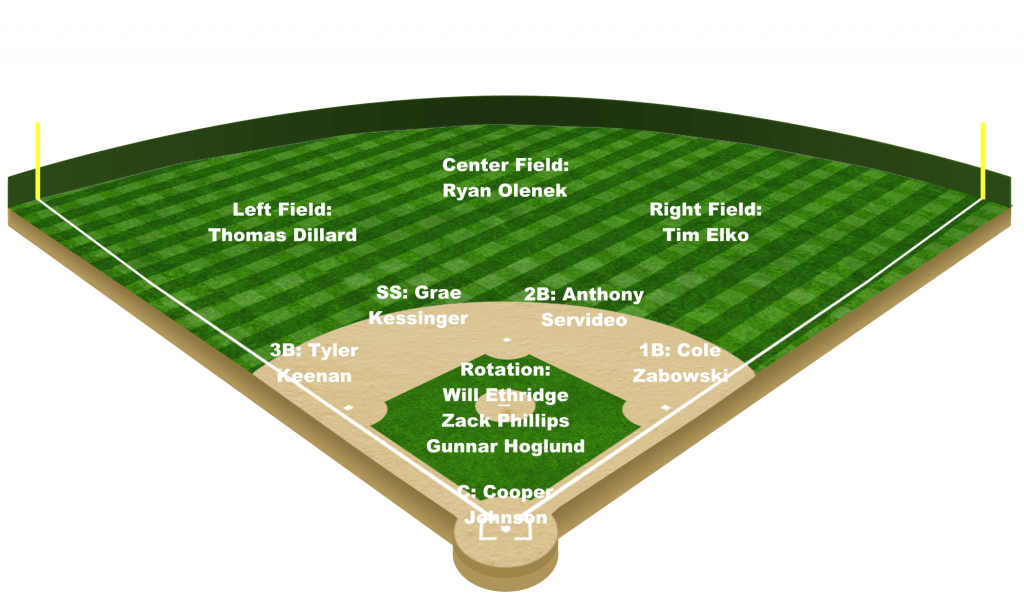 “They’ve been through it so many times. You don’t take it for granted, but it’s much easier. You love when you have older guys like that with great leadership because you have many coaches out on the field, not just the ones you see in the media guide,” Bianco said.

While they return a ton of bats, Ole Miss lost all three of its starting pitchers from last year’s rotation. The EAGLE covered the new weekend rotation in Wednesday’s paper and online, so we won’t dig into that too much here. But while the arms may be new names, they’re names the staff feels excited about and confident in.

Like last year, Parker Caracci will be the Rebels lockdown closer. As a redshirt sophomore last year, Caracci threw 48 innings out of the bullpen, allowing just 38 hits and 12 earned runs. Going into this year he was named a Perfect Team Preseason All-American.

The strength of the 2019 team will be in the lineup. There’s so many available bats on this team that some players had to move positions just to be able to get them into the lineup. Both Chase Cockrell and Tim Elko moved from their corner infield spots to the outfield, something the coaching staff said they wanted to do as much as the team needed them too. Cockrell will start at designated hitter and Elko will be in right field.

Battling for one of those spots was senior Jacob Adams, who is sure to get a good bit of looks behind Kessinger and Servideo moving forward. Bianco said Adams and Servideo “both played very similar and very good” in the offseason. Therefore, it’s likely that will be a bit of a rotation in the middle of the infield, even though Servideo will get the opening day nod. It’s worth also noting that Kessinger sprained his ankle a few weeks back and is still not 100-percent going into opening day.

In addition to the names listed in the starting lineup graphic, Houston Roth and Max Cioffi are two of the names to keep an eye out coming out of the bullpen. Roth competed for one of the weekend spots but lost out to Zack Phillips and true freshman Gunnar Hoglund, the Saturday and Sunday starters.

Bianco said on Tuesday to expect Roth to be the first guy out of the pen Friday. It has come out since that he is dealing with an AC Joint sprain and is likely to miss time. Cioffi is a sophomore who threw 23 innings last year as a true freshman and had a really good offseason. He threw 11 and 2/3 inning of live offseason work, allowing just five hits and three earned runs.

Ole Miss is ranked No. 10 by both Perfect Game and D1Baseball.com entering opening weekend. Per usual, they’ll face a very difficult schedule, with eight of the top 25 teams in the Southeastern Conference.

Conference play, however, doesn’t start until mid-March with a series against Alabama. Ole Miss will play 18 games before their SEC opener, but it’s not a cake-walk non-conference slate. The Rebels will play No. 11 East Carolina at home on Mar. 6. They’ll then travel to Kentucky for two games against No. 4 Louisville on Mar. 12 and 13 right before they kick off the Alabama series on Mar. 15. But it all starts Friday night, an opening three-game series at home against Wright State.

Bianco’s expectations for opening weekend were simple: “just to play well.” He also emphasized the desire to play mature but aggressive. With a squad as experienced as the Rebels will sport opening weekend, it should be the expectation. These are games Ole Miss should win.

“We like our club, but everybody does. There’s 300 people that’re having press conferences across the country talking about Omaha and talking about having success,” Bianco said. “That’s what’s neat about the start of the season. But we really like our club.”