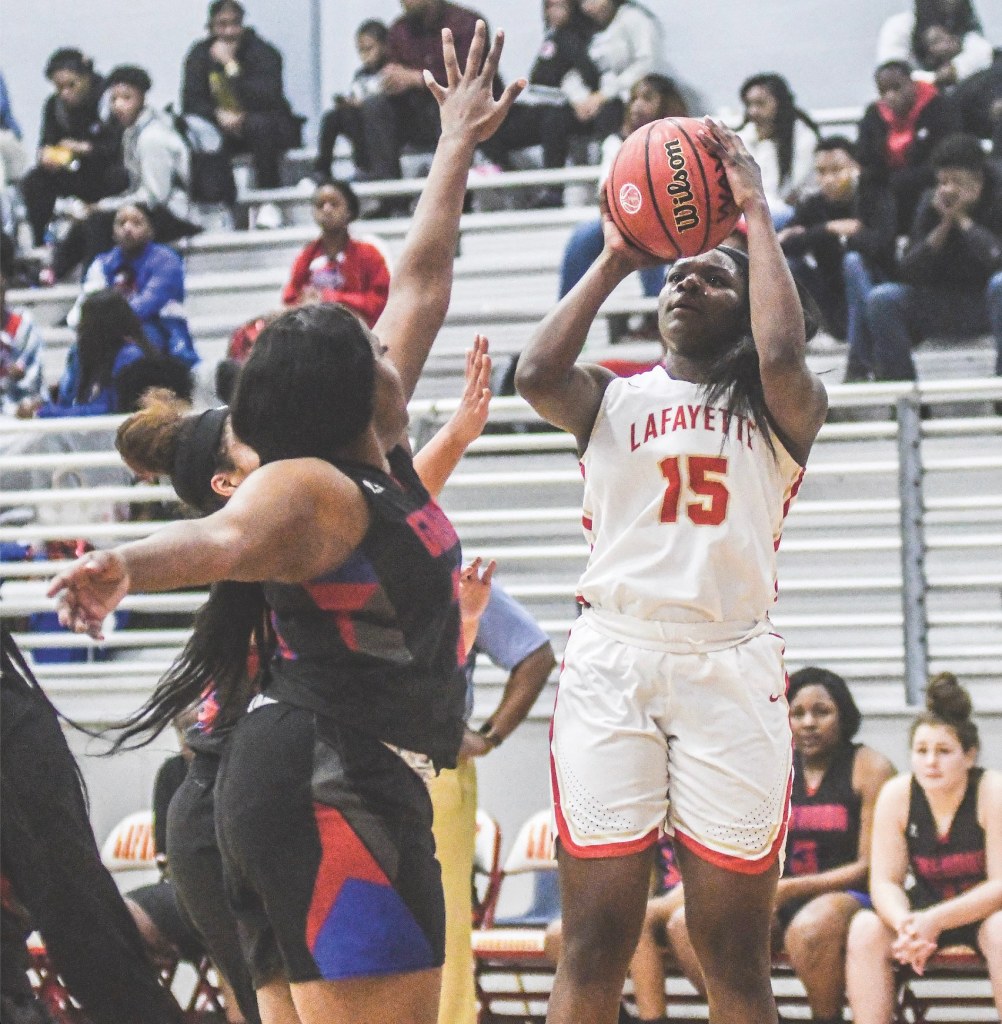 WEST POINT – Being vocal on the basketball court wasn’t really Kimaya Dixon’s thing. Dixon was a scorer. As a sophomore, Dixon led the Lady Commodores in scoring during the 2017-18 season. However, she didn’t need to talk then. None of that mattered anymore on October 18.

Lafayette lost senior forward Xhiir “Boosie” Burgess to an ACL injury sustained in a playoff volleyball game in October. They weren’t just losing ten points and their leading rebounder from the prior year, they were losing a senior and arguably the team’s best vocal leader.

“I cried, yes,” said Lafayette girls basketball head coach Shayne Linzy, unashamedly. “Boosie really stood out in that area. When she went down, Boosie is still a leader, but she’s a leader from the sideline. You need a leader on the court. Kimaya is on the court a lot. I’ve been really impressed in how she’s stepped up in that area.”

Dixon isn’t leading the team in scoring as a junior, but her numbers are still up compared to her campaign last year. She may no longer be the team’s leading scorer, but she’s likely their most valuable player. She’s the voice on the court that this Lady Commodore team so desperately needed.

“I was the voice when I was out there. They had to step up and be leaders if they’re going to be successful, and she’s doing a better job of that,” Burgess said. “Now I don’t tell her much. She just goes out there and does what she has to do. I’m proud of her.”

When Boosie went down in October, Dixon admitted she was shocked and nervous. She knew she would have to step up bigtime for Lafayette. As a junior, she’s now averaging 15.5 points and 7.1 rebounds for the Commodores, up from 13 points and 5.6 rebounds as a sophomore. It’s a jump Linzy said he challenged her to do from the tenth-grade to eleventh-grade year.

“I just really worked on my ball handling and my handle a lot. I was really just shooting and getting in the gym trying to be a better shooter,” Dixon said.

Dixon’s best game of the year came on the road in the cross-town rivalry game against Oxford on Jan. 15. Linzy said after the 60-43 win that the team had been waiting on her to have a breakout game. She exceeded even their expectations, exploding for 32 points and 11 rebounds, both dominating Oxford in the post and knocking down perimeter shots.

“I was shocked. It was fun. I knew I had a lot of points but I didn’t know how many I had,” Dixon said, remembering the game. “When I came to the bench and he told me, I was shocked.”

“She’s so much more vocal in practices and in games. She knows if we need to score, she’s going to get there. At least she’ll get to the line,” Burgess said.

Linzy says that part of the game is something Dixon is still adjusting to – learning to pick her spots. There are times when she forces things, knowing the team needs her to get a bucket. But there are also times when she gives the ball up too soon, times when she should be more selfish with the ball.

Coming out of the Regional Tournament from this past week, all eyes are now on the 5A State Playoffs that begin next week. In Dixon’s sophomore season last year, Lafayette’s first year as a Class 5A school, Lafayette made it all the way to the state semifinals. They would lose to Hattiesburg 56-42 in the final four. This year, the Lady Commodores’ eyes are on the trophy.