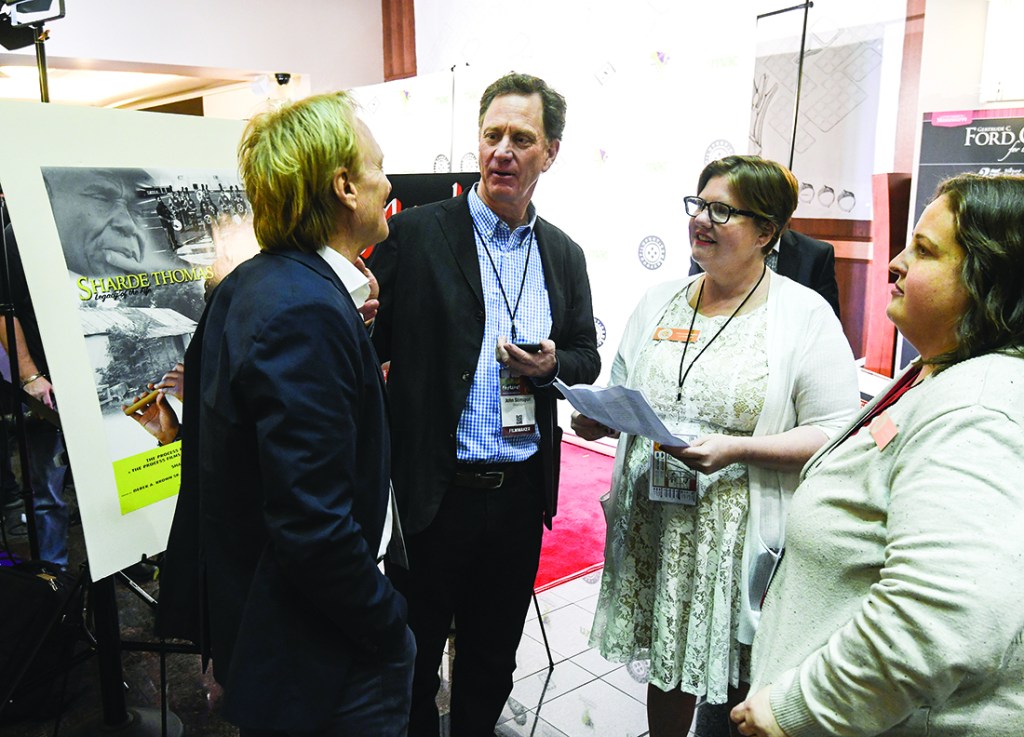 Coming off the heels of a successful 2018, the Oxford Film Festival revealed it had its most successful year in the festival’s 16-year existence, according to the numbers.

The 2019 edition of the festival showed an 18.75 percent overall growth over last year all. That includes growth in nearly every category from attendance to sales. Ticket sales were up by about $2,500 and people attending film blocks were up about 19 percent.

“We had already known that we were getting double the filmmakers so we knew there was going to be some growth,” Oxford Film Festival’s executive director Melanie Addington said. “There are always some films that are fully attended but Friday, Saturday and Sunday there were things and usually it’s just Saturday that’s busy but Friday and Sunday had a lot of people.”

Addington noted they always plan for about 5- to 10-percent growth each year but this year’s numbers were unprecedented.

This year’s festival implemented a new system to try and make purchasing of tickets a smoother experience for patrons. In its debut year the new system was met with mostly positive reviews by attendees and volunteers.

“I’m usually drowning in ‘how do I do this’ calls but this year I maybe got 12,” Addington said. “Everyone really stepped up and worked hard. So, unless there was a fire to put out I got to actually see and enjoy which was great.”

The economic impact from the festival will not be known until later but in year’s prior February has shown a spike in the city’s economic growth with the festival playing a large role. This year there were shuttles added to transport people to and from the Square all weekend. There were also business that added discounts throughout the weekend to any customers who had a festival badge.

With 2019 begin another success the challenge now awaits 2020. For the first time in its existence the festival is moving from its home of early February and shifting to late March. It is due to several factors, including the Oscars moving to Feb. 9 next year, which is around the same time Addington likes to hold the festival.

Moving it later in the year into spring and out of winter is expected to potentially boost attendance more than it was this year.

“I have no way of guessing what’s going to happen next year, but I feel like nicer weather and out of flu season it’ll help attendance even more,” Addington said. “I guess we’re going to have to take it with (2020) and see what happens.”

For those who missed this year’s festival there will be a ‘Best of’ screening on March 3 at the Powerhouse Arts Center, showcasing winners and top picks.