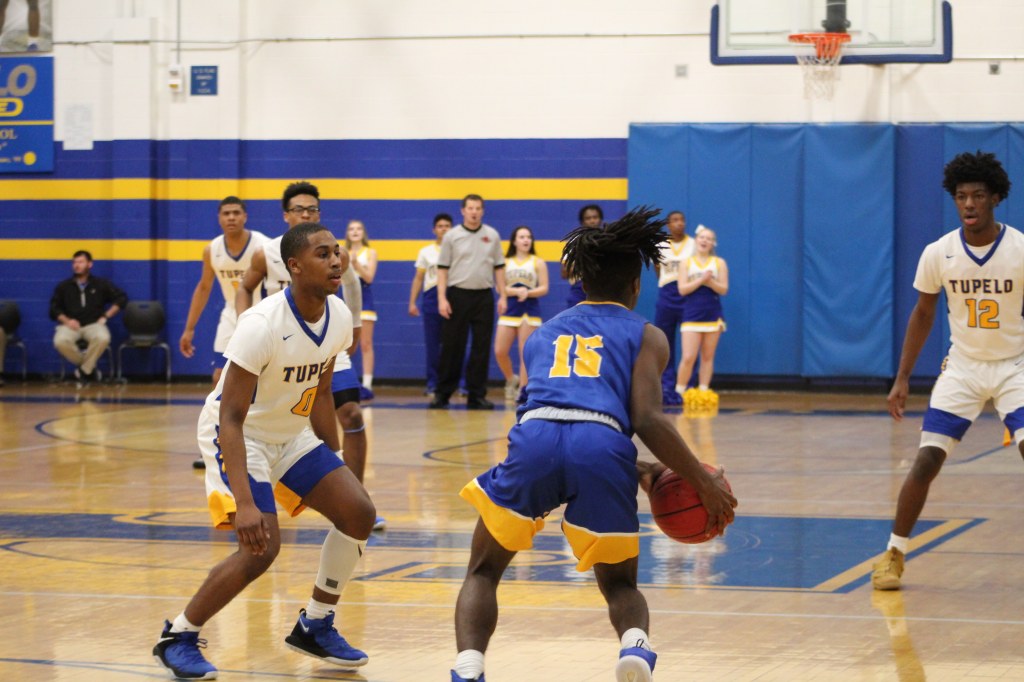 Charger basketball took a pair of tough losses tonight in the Class 6A Region 2 District Tournament. The boys fell to the Tupelo Golden Wave 55-52, while the girls concluded their season with a 64-55 loss to South Panola.

“Tonight had a lot of different looks. Our two previous losses to Tupelo this year we won the first half and they won the second. But tonight we won for 31 minutes and they made plays down the stretch,” said Oxford head coach Drew Tyler. “If we talk about being a Jackson bound team, we have to make free throws in a hostile gym like tonight. We can’t have mental breakdowns and missed free throws late in the game.”

One of the biggest challenges faced tonight for the boys was the missed free throws. The team went 14 for 28 at the line. Getting to the line 28 times in a tournament game is fantastic, but making the shots is equally important.

“We could have put the game out of question early if we would have made free throws,” Tyler said. “I don’t sub much so the free throw line allows our guys to rest, but we’ve got to put points on board at the free throw line. We play hard and aggressive and get fouled but we have to reward ourselves by making our free throws.”

With Tupelo playing what amounted to a de-facto home game, the boys entered the fourth quarter leading 42-32. Along with challenges on the court, the atmosphere in the gym contributed to the outcome for the Chargers. Tempers would flare a handful of times, however teams were thankfully avoided from getting to exchanging actual blows.

“I think it was great student sections for Tupelo and Oxford. But I think tonight’s environment was so energized and at times so hostile that it is getting us ready for anything we see down the road,” Tyler said.

Kylan Blackmon and JJ Pegues led the Chargers with high scoring games however that was not enough to pull out the win. Blackmon, who scored the game’s first points with a dunk, scored 12 points. Pegues had 16. From a player’s perspective, Blackmon said the atmosphere and mistakes cost the Chargers the win.

“We played great defense until the fourth when things started unraveling for us,” Blackmon said. “To me we won the game, the scoreboard just showed different.”

The boys face Horn Lake in the opening round of the state playoffs at Oxford on Feb. 19. With the loss, the girls would finish their season 15-15; there will be no playoffs.