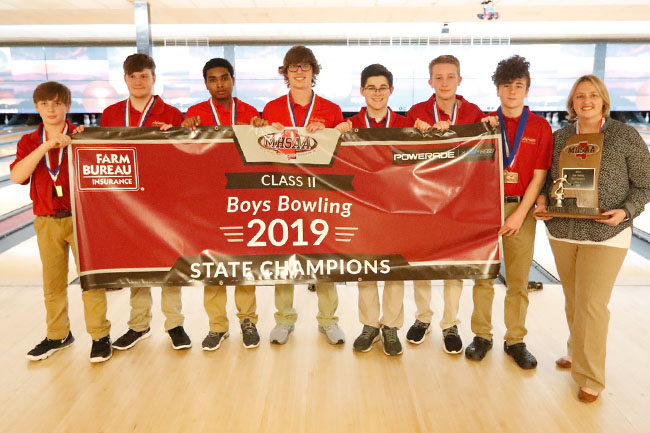 Commodore bowling checked off a handful of firsts all at once over the past week. After never even making an appearance at the state finals in bowling prior to this season, Lafayette won it all on Friday, defeating Itawamba in the finals.

“It was pretty amazing. The guys had been working really hard so they deserved it,” said first-year head coach Kelli Summerall. ““When I took over the team, the guys were very excited. They definitely became more committed to it. They worked pretty hard and that’s just how it took off.”

The Lafayette bowling team was one of the few unaffected by the move from Class 4A to Class 5A this year. In bowling, there are just three divisions. The Commodore squad remained in Class II, even following the shift.

Eight teams make it to the state finals in bowling. Each player on the eight teams bowl three games apiece, with the top two teams facing off in a ‘Baker Playoff’ for the trophy. In the Baker competition, each team bowls an entire game but each of five bowlers bowl only two frames each.

Lafayette’s team of Matthew Atkinson, D.C. Bumgardner, Blake Davis, Nick Cohen and Jakob Robertson needed until the tenth and final frame to pull out the victory. They trailed Itawamba by seven pins, before Robertson closed out the final frame with a strike.

Robertson was also named the most outstanding bowler in the competition, bowling a 731 combined in his first three games.

It’s the second state title for Lafayette just this year, having won the girls soccer championship earlier this month.