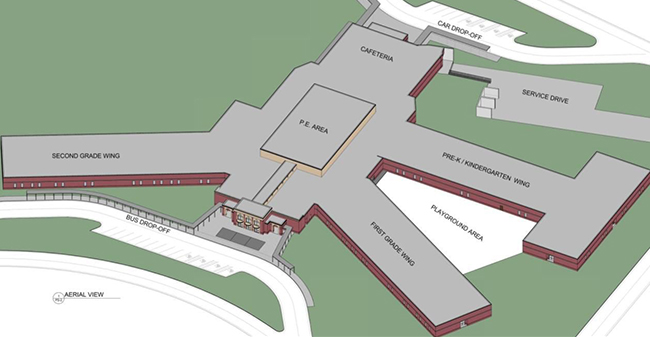 The next step in the process of the building a new elementary school was approved by the Lafayette County School District on Monday. During a special meeting called by the Board of Directors a contractor was approved to work on site improvements.

Xcavators Incorporated was selected by the LCSD board to handle dirt work at the County Road 406 location where the new Lafayette Elementary School will be built. Items that are included under dirt work maintenance include a side retaining wall, curb and gutter work as well as storm drainage work.

The Falkner, Miss. company came in as the low bidder with a $2.7 million bid which comes in under the $3 million budget that was set aside from the $23 million bond that was voted for last September. Based a survey done of the land on the site there is also not an anticipation of having bring in extra dirt for the site improvements.

By approving a contractor on Monday the project can move forward to the next phase, which is issuing bids for the rest of the project. Innovative Construction Management (ICM) is handling the new elementary school project and expects to but out bid notices on Feb. 26.

Groundbreaking for the new school building is scheduled for March with the project being completed next year in time for the beginning of the 2020-21 school year next August.