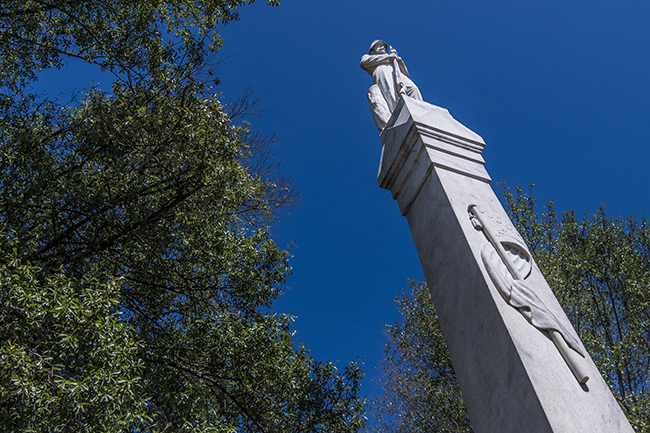 A rally scheduled to coincide with Saturday’s Mississippi Stands march has been canceled according to the event organizers. The Anti-Confederate Counter Rally that was scheduled to take place at Ole Miss’ Jackson Avenue Center from 1-5 p.m., the same time as the Confederate 901 group’s march from the Square to Ole Miss’ campus, was nixed due to security issues and potential threat of severe weather.

Rally organizer Bill Sposato posted on the event’s Facebook page their intentions to cancel the event and their reasoning for it on Thursday morning.

“Ladies and Gentlemen, I would again like to thank you all for supporting this rally. It is good to know that there are always people who are willing to stand up for that they believe in,” the statement started. “Over the course of the last week, we as organizers have been working with university officials to create a plan for a safe and effective rally. This weekend is incredibly busy for the University with multiple on campus sporting events, high school tours and other events all spreading the schools security forces thin. Add in both rallies and those resources are stretched even thinner.”

Before the rallies were scheduled, Saturday already had an Ole Miss men’s basketball game, a Town Hall event with athletics director Ross Bjork and was planned as a visit day for high school students and their families. The visit day had already been tailored to end sooner than the normal time of 3 p.m. to get the near 200 students and their families off campus before the Mississippi Stands march would arrive on The Circle.

According to The Weather Channel there is a 100 percent chance of thunderstorms during the day on Saturday.

“The problem we kept facing is that the solution would either be very safe but ineffective as platforms or it would be an effective platform but the University did not feel it could provide security arrangements that would be satisfactory to us and themselves,” the statement continued. “For those reasons, combined with the fact there is a high chance of thunderstorms on Saturday, we have decided to cancel the event. We are sincerely sorry for this. It was an incredibly difficult decision and one we did not take lightly.”

The Mississippi Stands march is still scheduled to take place as of this printing. The march will begin at the Oxford Square around 1 p.m. with the groups walking up University Avenue to the Ole Miss campus where they will be for an hour starting at 2:30 p.m. before marching back to the Square.