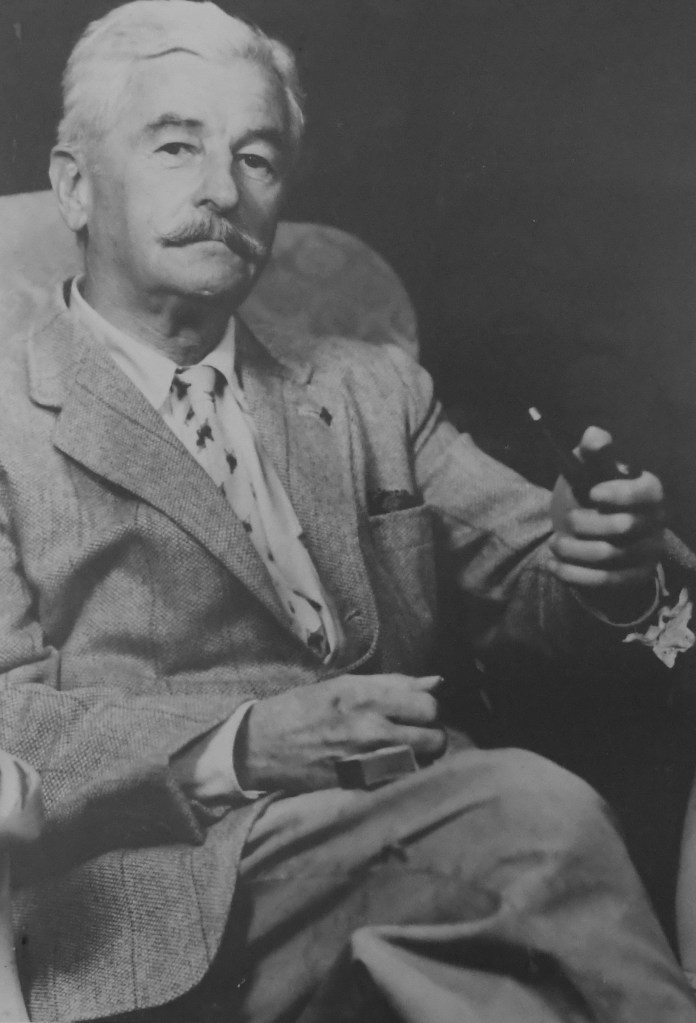 William Faulkner is one of Oxford’s biggest legends, and the Chancellor’s House will soon exhibit a hand picked gallery of the Nobel Prize Laureate writer.

The Chancellor’s House’s library will be renamed the “Cofield Reading Room” and hang the exclusive portraits in the library as well. The exhibit will be open to the public and free of charge.

This gallery will include the first and last portraits of Faulkner, as well as the body of work from J.R. “Colonel” Cofield and Jack Cofield, his son, from 1928 to 1989. J.R. Cofield served as Faulkner’s personal photographer.

John Cofield, grandson of J.R. Cofield, and the University of Mississippi archives gave the Chancellor’s House the permission to exhibit the photos.

“The pride I have is for my grandfather,” John said. “For 45 years, he operated in Oxford.”

The Cofield family collection was almost lost during a warehouse fire. Many wedding photos and portraits were lost, but the negative photos, which were water friendly, were able to survive.

These portraits and paintings are what the Chancellor’s House wanted to exhibit, according the hotel’s sales and marketing manager Clifton Odom, because they reflect Faulkner’s life.

John made sure both the first and last portraits were included, the first because it’s his favorite and the last because of its finality, that it’s Faulkner’s signature look.

These portraits, John said, are special in their own right due to J.R.’s skill as a portrait photographer.

“If you talk for five minutes, (J.R.) would know how to shoot you,” John said.

The Chancellor’s House also picked an invitation piece – which is a photo of Faulkner, his horse and another man – because of how it depicts Faulkner as a person.

“You think of Faulkner, the books, the mystique, the legend,” Odom said. “But to see Faulkner as a person – stooped over, short, older – it kind of personalizes him. It’s interesting to see him as a person, and not the legend.”

Odom said the collection is important for the Chancellor’s House because it allows the public to see the hotel not just as a place for lodging, but as a place the general public can feel welcome in.

“It was important to tie this new hotel to an Oxford icon,” he said. “It’s an integral part of Oxford.”

The dedication of the Cofield Reading Room is at 5:30 p.m. on March 5. Attendance is limited due to space constraints, so those who wish to attend need to RSVP through email at c.odom@chancellorshouse.com.

The exhibit will open to the public on March 6.