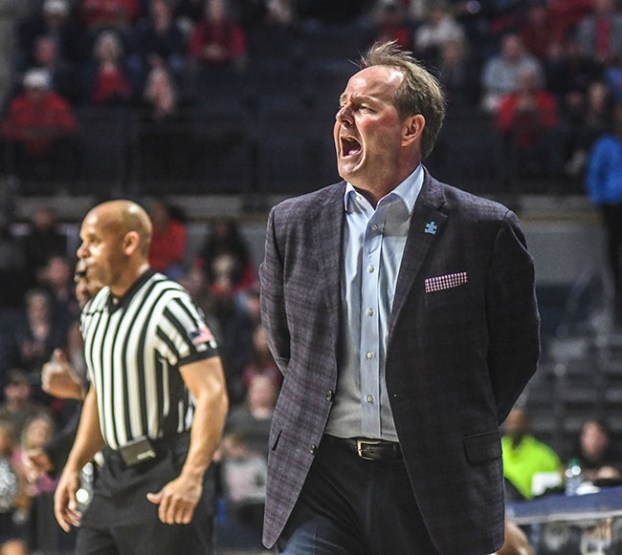 No magic number exists for the Rebels’ NCAA Tournament chances

Amidst the extracurriculars that ensued on Saturday at the Pavilion, Ole Miss picked up its ninth Southeastern Conference win. Outlasting Georgia at the buzzer 72-71 wasn’t pretty, but it got the job done.

Losing to a weak Georgia team wouldn’t have ended the Rebel season by any means, but it would’ve been the first, real bad loss on the Ole Miss tournament resume. As it stands, Ole Miss has lost eight games. Six of the eight are to teams with a NET rating in the top-50. The two losses outside the top-50 are on the road at Alabama (No. 53) and at South Carolina (No. 81, but 9-5 in SEC play).

In the past five years, the SEC has averaged 4.8 teams making the NCAA Tournament. Ole Miss currently sits in a tie for 4th place in the conference. Last season, the conference got eight teams into the tournament. While it may be difficult to get eight in this year, it’s likely to be closer to eight than four.

The issue here is there is no magic number. Ole Miss is currently sitting at nine SEC wins with four games to go. They play No. 5 Tennessee and No. 4 Kentucky at home, both incredibly difficult games. They also have Arkansas and Missouri on the road. Road games in conference are hardly a given.

Last season, two SEC schools got into the tournament with just nine conference wins, as Ole Miss has now. However, over the past five seasons, ten SEC schools with double digit wins have missed out on making the tournament. Three of those teams had 11 wins and a fourth had 12.

The only guarantees Ole Miss has is the two home games against top-five teams. Win one of the two games between Tennessee and Kentucky, and Kermit Davis will be able to write Ole Miss in sharpie on the bracket. Lose both, and they’re still okay as long as they pull out the two road wins. It’s not the easiest road.

At time of writing, ESPN’s leading bracketologist hasn’t updated the projections since Friday. CBS projects Ole Miss as an eight seed and USA Today projects them as a nine seed. The path would get significantly easier if they can get off the eight-nine game and into the six or seven range with a win over one of those top-5 schools.

As an eight or nine seed, the first-round winner plays the number one seed in that region. With the SEC having two bonafide contenders for a one seed – No. 4 Kentucky and No. 5 Tennessee – Ole Miss wouldn’t be in their region. If everything ended today, they’d likely be in line to face Duke, Virginia or Gonzaga if they were to get past the first round.

The new Oxford Activity Center courts will be closed for this week, just two weeks after fully opening for the... read more