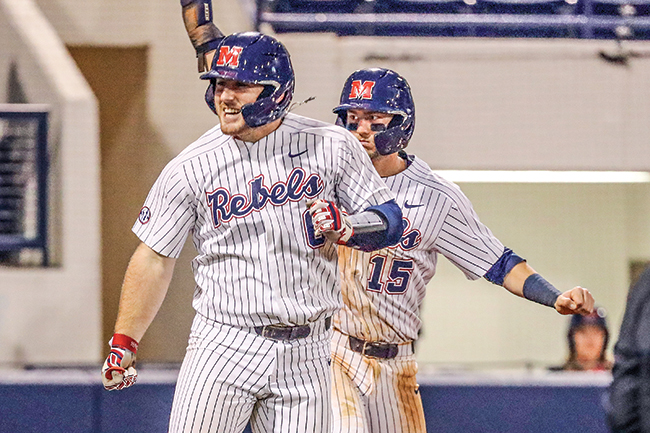 Dillard continued his incredible start to the 2019 season, hitting .412 and posting a 1.118 slugging percentage for the week. The junior had seven hits, including a double, a triple and three home runs. He scored four runs and drove in 13, amassing 19 total bases along the way.

The Rebel slugger has been off to as hot a start as anyone in college baseball. His four home runs are good for first in the SEC and seventh in the nation thus far. He is averaging 2.5 RBI per game, which ranks second in the conference and fourth nationally. Dillard also leads the conference in slugging percentage (1.217) and total bases (28), where he ranks fourth and seventh in the nation, respectively. His OPS (on-base plus slugging percentage) is off the charts as well at 1.824, good for third in the country and first in the conference.

Dillard’s outstanding week began with a productive performance in the midweek against Arkansas State. He went 2-for-4 with a home run, a triple, three RBI and three runs scored, adding a stolen base for good measure in the Rebels’ 15-3 win.

He went 1-for-4 with a key RBI single late in Ole Miss’ 6-4 win in Game 1 at Tulane. In Game 2, he posted the best game of his Rebel career, going 3-for-5 with two home runs and eight RBI. He closed his weekend with another 1-for-4 performance, again adding a crucial RBI base hit to help the Rebels climb back from a 3-0 deficit and win 6-3 to clinch the series victory on the road.