No. 10 Ole Miss opens homestand with win over UT Martin 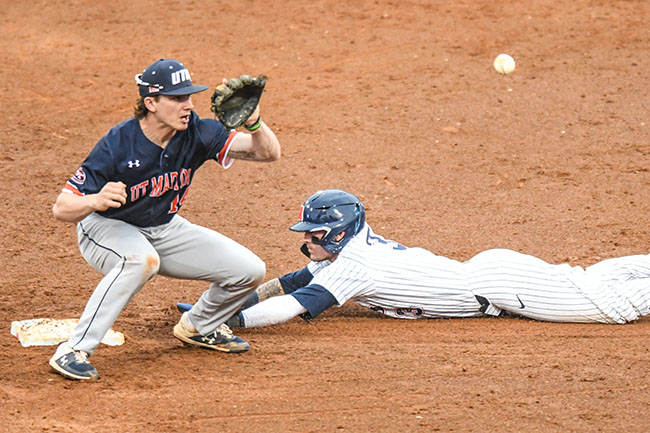 Ole Miss has the firepower to match anyone and it was needed quickly in the No. 10 Rebels’ 12-6 win over UT Martin on Tuesday at Oxford-University Stadium.

It was another short outing by a Rebel starter with Jordan Fowler exiting in the second inning after the Skyhawks (3-4) grabbed a 4-0 advantage in the first inning. Another run in the top of the second ended the sophomore’s first start of the season.

The long ball has been used often through the Rebels’ (5-2) first six games with 12 home runs entering Tuesday. Against the Skyhawks, Ole Miss added three more to their total with two of them in the first inning. Tyler Keenan and Cole Zabowski hit their fourth and second home runs of the season, respectively, in the opening frame to tie things back up at 4-all.

After the Skyhawks reclaimed the lead in the second, Ole Miss used a five-run third to break the game open. Thomas Dillard added to his team-leading home run total with his fifth on the season during the big inning.

“It looks good, but surprisingly there’s still a lot more in the tank,” Dillard said of the Rebels’ offense. “There’s a few things that I think we can do better as a team to be a little more consistent. Right now we’re still scoring double digit runs but I think it could get real scary eventually.”

Making his second career appearance on the mound Ryan Olenek pitched the ninth inning to close out the game. He recorded two strikeouts and a fly out in what could be the first of a few appearances the senior outfielder could make in relief work this season.

“I think it’s a serious thing,” Olenek said of him taking the mound. “I’m going to have a bunch of innings this year.”

Ole Miss remains at home to continue a nine-game homestand, hosting Long Beach State for a weekend series beginning on Friday at 6:30 p.m.

Governor Phil Bryant does not have a position on…