High School tennis teams get wins to start the season 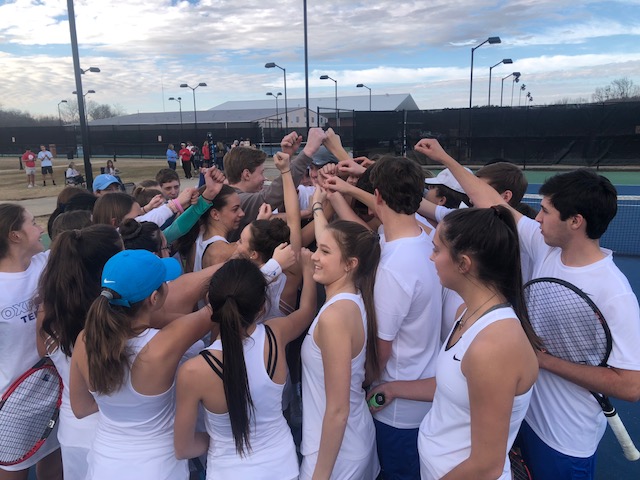 Following a week of limited practicing and rainouts, both the Oxford and Lafayette tennis squads got their seasons underway with opening day wins on Monday.

The Lafayette team, opening their state championship defense, beat South Pontotoc at home by a final score of 6-1. A dominant opening week performance, only one of the six winning matches went to the third set.

“We have been playing each other for many months now. I have a good idea of who we are against each other but not a clue who we are against other people,” said Oxford coach Louis Nash. “If I could get away with it, we’d probably play today. Newton County has either won 4A or been in the finals each of the past 6 years I think, so it’s good to get good competition early.”

Oxford has a lot of young kids and a lot of new faces after graduating a lot of their top players the last few years, opening a lot of competition for their top spots.

Nash’s Chargers won ten state championships as a 5A school before the jump to 6A last season. Swindoll’s Commodores won the 5A state championship in 2018, their first year in 5A. It’s a fun dynamic in a town with two of the best programs in the state.

“A lot of the Oxford kids, I know them and started with them. Not this part of the year, but we actually train some together and play some together,” Swindoll said. “It’s advantageous because it’s a competition and it’s friendly. We’re just here to make each other better. It’s really a unique situation.”