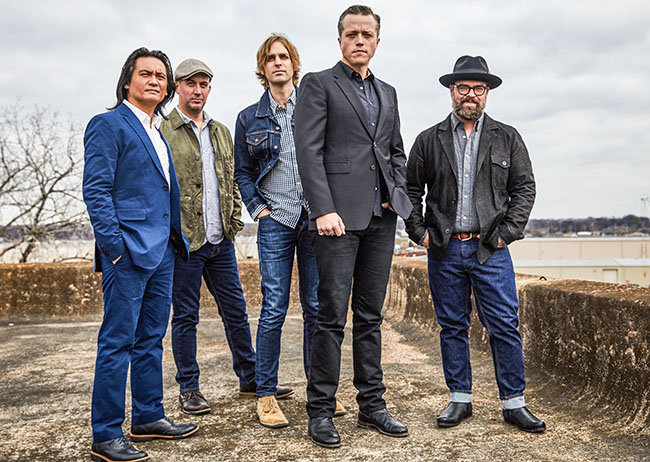 What might be considered the biggest lineup in the Double Decker Arts Festival’s 24 years of existence was unveiled on Thursday. The 2019 music lineup was announced at the University Museum after a need for a bigger space than the normal setting of Visit Oxford’s office on the Square.

Grammy award-winning singer and songwriter Jason Isbell is this year’s headliner with his band The 400 Unit on Saturday, April 27. The Ole Miss Student Activities Association is partnering with Double Decker for the second year in a row with Isbell serving as the organization’s official spring concert. Last year The Cold War Kids were the festival’s headliner.

Double Decker officials and the SAA secured Isbell before the Christmas holidays, making it a tough secret to keep for all parties involved but one that was worth it once the announcement was made on Thursday.

“Given the headliner’s name, yes,” SAA director Bradley Baker said on the difficulty of keeping Isbell’s name a secret. “For us to know for a couple months and have to bite our tongue and hold it in was tough. I will anticipate this being the biggest Double Decker that we’ve had.”

American folk duo Shovels and Rope will serve as the lead-in for Isbell on Saturday. Lucero will bring their Memphis-based alternative rock and country sound infused with some blues-rock to the stage as well. Other acts announced include Durand Jones and the Indications, Emily King, native Mississippian Cedric Burnside and Thacker Mountain Radio director Kate Teague.

The band Muy Caliente will kick off Saturday’s slate at 10:15 a.m. followed by Teague at 11:30. Burnside will begin at 1 p.m. followed by King (2:30 p.m.) with Durand Jones wrapping up the afternoon set starting at 4 p.m. Lucero will begin the night portion at5:30 p.m. with Shovels and Rope taking the state at 7 p.m. and Jason Isbell closing out the night at 8:45 p.m.

“It’s the biggest headliner that we’ve ever had,” Double Decker coordinator Lee Ann Stubbs said. “Shovels and Rope, we looked at them a few years ago for a headliner. We are excited to have Kate because of the Thacker connection. …Just since I’ve been doing (Double Decker) sponsorships have increased and with SAA signing on last year it really has stepped up our headlining budget. We can spend our music budget on acts throughout the day and not just the headliner.”

The second day of the festival will begin in earnest with the Double Decker Spring Run. The annual event features a 5 and 10K run along with a Kids Fun Run. The races begin at 7:30 a.m. with the 5K and 10K runs and the kids race will start at 9 a.m. For more information people can visit doubledeckerspringrun.com. Officials are expecting a record number of entrants for this year’s races.

Following the races the arts festival portion of the weekend will begin at 10 a.m. and will remain open all day until 5:30 p.m. The festival will end at 10 p.m. and that is also when shuttles will stop running from the Square.

Gales and Hiatt are also guests on Thacker Mountain along with southern author Helen Ellis.

The 24th annual Double Decker Arts festival is free to attend all weekend.