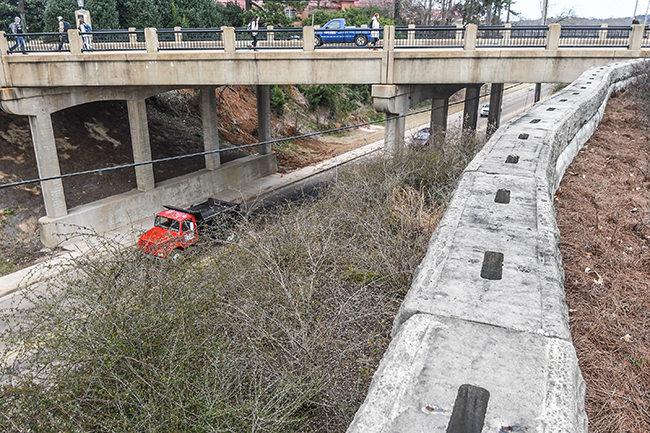 Roads to get onto Ole Miss’ campus have been shrinking by the number over the past year and this summer they could shrink by one more. The University will request the City of Oxford to close off Gertrude Ford Boulevard from July 8 to Aug. 9 this summer during Tuesday’s Board of Aldermen meeting.

The need to block the road is to facilitate construction of a retaining wall on the west side of the roadway, similar to what exists on the right side. University has been in discussion with the city regarding the project and the original plan for traffic control consisted of using a flagman and single lane closures to the complete the work. When finalizing their plans, the University and their engineer have determined that it would be better to close the road completely during construction.

‘In order for this work to be accomplished during the summer break, it would advantageous for the contractor to have uninterrupted access to the project site,” a letter sent to the city from the University reads. “This work can be completed in the safest and most expeditious fashion by closing Gertrude Ford Boulevard for a period of thirty-three (33) days.”

If the city approves the request during Tuesday’s meeting, it will be the second road that is currently closed off to traffic by the University. Chucky Mullins Drive from Old Taylor Road to Highway 6 has been closed since last April. The road was scheduled to be reopened in January but a new timetable to open the road back up has not been given.