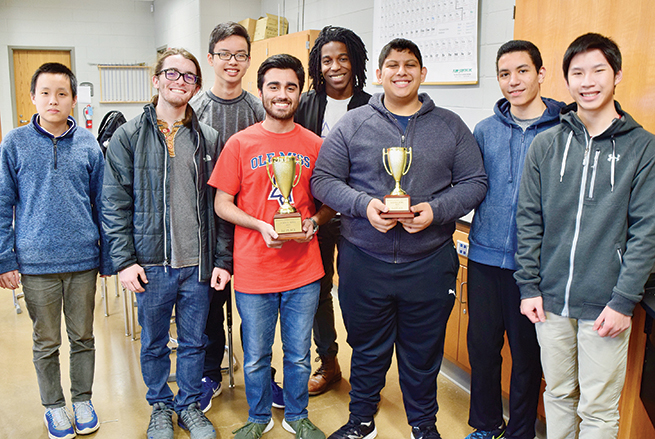 A team of Oxford High School students has advanced to the 2019 National Science Bowl finals this past weekend after winning their regional competition.

Out of 111 regional middle and high school tournaments are held across the country from January to March. Winners out of those regionals advance to the national finals that are held in Washington, D.C. on April 25-29.

“The National Science Bowl has grown into one of the most prestigious and competitive science academic competitions in the country, challenging students to excel in the STEM fields so vital to America’s future,” said U.S. Secretary of Energy Rick Perry in a provided press release. “I am proud to oversee a Department that provides such a unique and empowering opportunity for our nation’s students, and I am honored to congratulate Oxford High School for advancing to the National Finals, where they will be competing against some of the brightest science, technology, and engineering students across the country.”

The top 16 high school teams in the National Finals will win $1,000 for their schools’ science departments. Prizes for the top two high school teams for the 2019 NSB will be announced at a later date. The first and second place high school teams from the 2018 NSB received all-expenses-paid science trips to Alaska, where they learned more about glaciology, marine and avian biology, geology and plate tectonics.