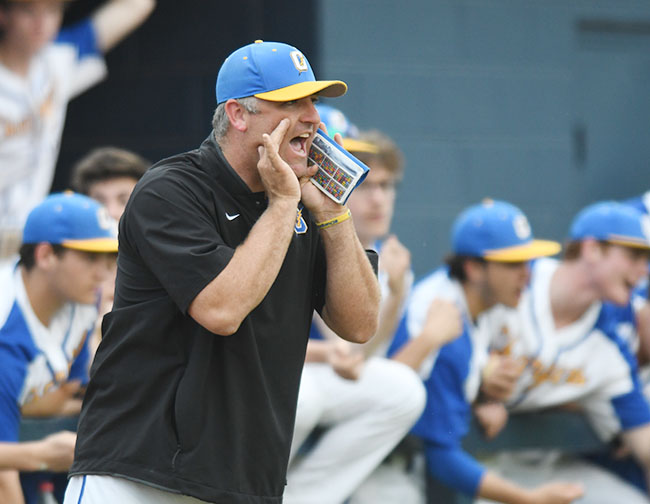 OXFORD – Oxford High School will host its annual spring break baseball tournament March 11-13. Seven schools will play 11 combined games over the course of the short week. The Chargers have hosted the event for at least 15 years, missing only one to rainout in 2015.

“At this point in the season, especially the way the weather’s been this year. You just want to get games in. You want to get players at bats and get them in certain situations,” said Oxford head coach Chris Baughman. “It’s important to get games in when you don’t have the distraction of academics and school going on. All you have to do is go out there and play ball.”

Oxford will play four games over the three days, including a Tuesday evening doubleheader against Houston and West Union. They also play Clinton on Monday as well as Desoto Central to close out the tournament on Wednesday.

“It’s actually really good for us to play this many games. Pitching is the biggest concern. Everything else kind of takes care of itself,” Baughman said. “You just try to throw as many guys as you can. One of the things we do during spring break is we try to extend our starters for the first time all year.”

While Oxford hosts the tournament and will play in more games than any other school, they’re far from the biggest name. Headlining the Oxford Spring Break Tournament will be the team from DeSoto Central, which Oxford plays to finish the tournament Wednesday night.

DeSoto Central is the seventh-ranked team nationally, according to MaxPreps, and holds one of the most talented teams in the nation. At the time of publishing, DeSoto Central is 7-1. Their only loss came on the front end of a double-header on Thursday’s Perfect Game Showdown from Hoover, Alabama, a tournament designed for some of the best teams in the southeast. They also are scheduled to play a game Friday night and play again Saturday, before traveling to Oxford.

Among the challenges of playing the Jaguars is the pure amount of individual talent they hold. Five different DeSoto players are committed to not just play Division I baseball, but to do it in the highest level in the SEC.

Two DeSoto Central seniors, shortstop Kamren James and outfielder Hunter French, will be going to play ball at Mississippi State next year. They’re far from the only future Bulldogs in the lineup, as sophomore third baseman Blaze Jordan and junior pitcher Cade Smith are also committed to MSU. Another outfielder, junior Kyle Booker, will be playing his college ball at Tennessee.

Oxford will charge $5 for admission to the games.

Bats get back on track, Ole Miss bombards UAB…