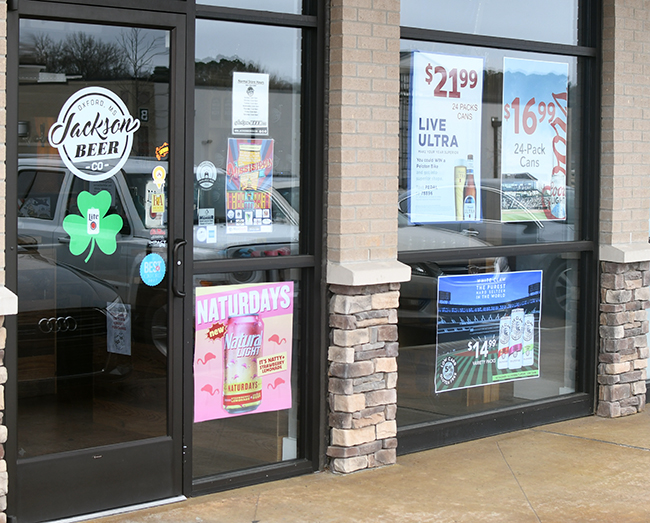 The ability to drink a beer while shopping in a local craft beer store could soon be a possibility. The Oxford Board of Aldermen is considering an ordinance that would allow craft beer stores to serve beer to their customers.

On Monday the board held a first reading of a proposed ordinance amendment that would allow owners of craft beer stores to serve cold beer to shoppers. A public hearing on the ordinance will be held in the City Hall courtroom on March 19 at 5 p.m.

The ordinance proposal comes after Jackson Beer Store owner Allen Jackson spoke the Board during their January meeting in regards to changing the city’s current law that prevents businesses that sell beer for off-premise consumption from offering customers a glass of beer. Following the meeting, the Board was instructed during a Jan. 28 work session to draft an ordinance that allowed for on-premise consumption of draft craft beer at local establishments that were not restaurants.

In the proposed ordinance change, craft beer stores would have to meet several requirements before being allowed to serve cold beer to customers. The store would have to follow the city’s safety ordinance for all business that serve alcohol, they must specialize in the sale of draft beer, the business must maintain a minimum of eight beer taps on location and they would not be allowed to sell other types of alcohol without having an on-premise retailer’s permit from the Alcohol Beverage Control Division.

At Jackson’s store located on West Jackson Avenue he sells bottled craft beer as well as growler jugs. There are 10 taps behind the counter that he had been offering a one-ounce sample to customers since the store opened in December of 2016. On Feb. 28 Jackson was told to cease all samples.

Not having the ability to serve samples has caused Jackson to get creative with future events he his holding with breweries. In order to be compliant with the current ordinance, Jackson also has to book a caterer and order food samples off of their catering menu. If the Board votes the amended ordinance in, Jackson will no longer have to have food at the brewery events.

“It’s something that’s going to hurt my business and it’s crazy that I’ve gone and tried to be proactive about getting a law changed and it’s been negative to my business,” Jackson said.

Once businesses meet those requirements in the proposed ordinance they would be allowed to provide beer for on-premise consumption and samplings between the hours of 10 a.m. to 11 p.m., Monday through Saturday and 11 a.m. to 9 p.m. on Sundays. All beer must be served from a tap or opened by a licensed employee and any individual tasting or sampling will be restricted to three 12-ounce servings in a 24-hour period.