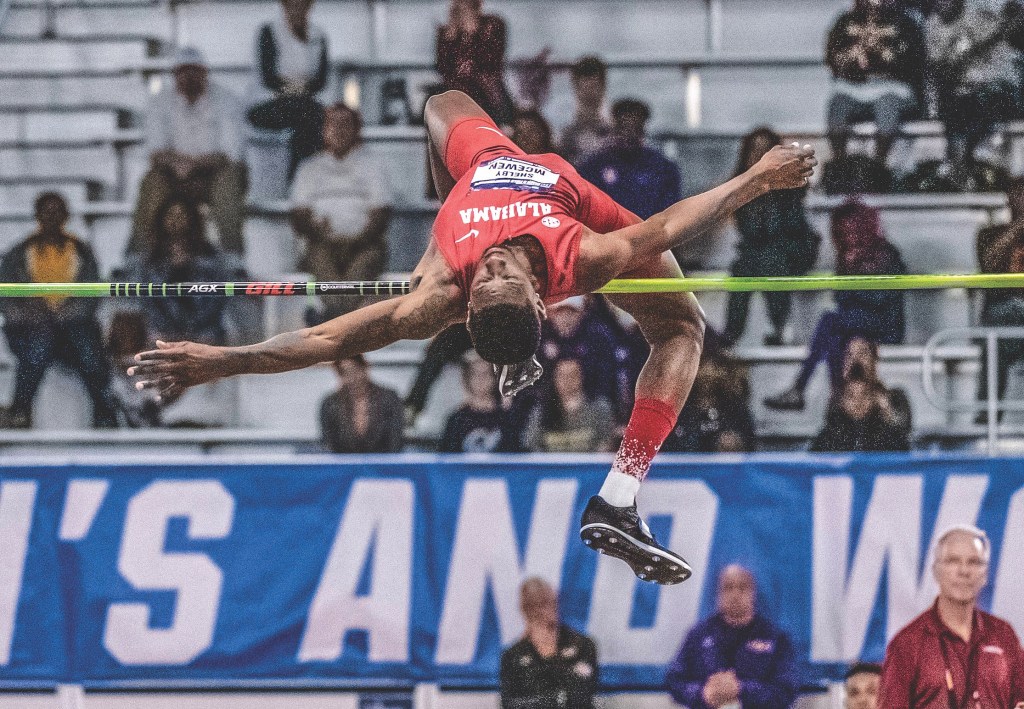 Oxford’s own Shelby McEwen is an NCAA Champion. The Oxford High School graduate won the NCAA Indoor High Jump championship this past weekend, clearing a 7-foot-6-inch bar to take home the title for Alabama.

“It feels amazing, man. It was a great weekend,” McEwen said. “I had a lot of confidence in myself that it was mine. We practiced hard going into nationals. We just put everything together and I did things it took to be successful. When I made that last attempt at (7-foot-6), everything just fell into place.”

McEwen said he got very emotion following his final jump. That 7-foot-6 jump was a facility record, but it wasn’t even the highest McEwen had jumped this year – he hit 7-foot-7 indoor previously.

Last season, in his first at Alabama, McEwen twice found himself a runner-up on the podium at a national meet. He finished second in the high jump in both the indoor and outdoor national championship. McEwen said he had a lot more confidence and felt stronger this year, his second competing at this level.

Coming out of OHS, McEwen decided to enroll at Northwest Mississippi Community College to continue his pursuit of playing college basketball. It wasn’t until last year that he decided to give track his full-attention as he transferred to Alabama.

“I had a huge decision to make coming out of JUCO to give up basketball, my first love,” McEwen said. “I sat down with my family and through about it, prayed about it. God has taken me every place possible, it’s just a blessing from him. It was a great feeling to become an NCAA Indoor Champion.”

McEwen is far from done in 2019. He has his eyes set on another championship in outdoor track and a goal of jumping 7-foot-8. That number would give himself a personal best and would set him up to potentially qualify for the 2020 Olympics.