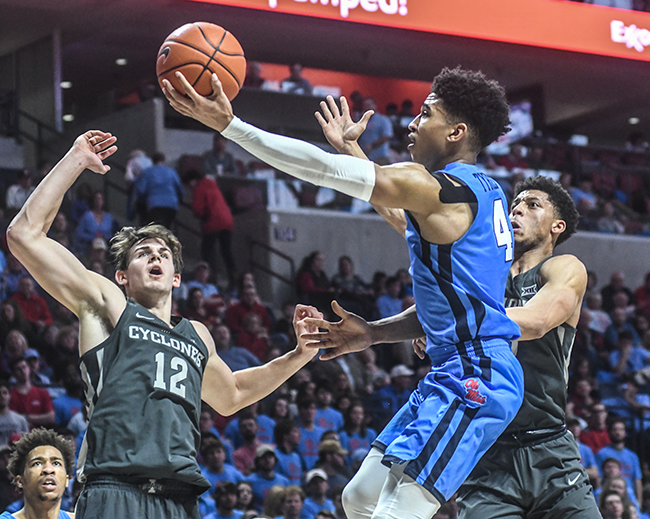 After finishing the regular season as the SEC’s second leading scorer, Ole Miss junior guard Breein Tyree has been named to the AP All-SEC Second Team.

Tyree’s minutes jumped by nearly nine from his sophomore to junior years, and with it went his efficiency. In 25.2 minutes as sophomore, Tyree averaged 10.8 points on 39.4-percent shooting. In 33.9 minutes as a junior, those numbers jumped to 18.5 points on 47.5-percent shooting. Additionally, his three-point shooting numbers saw a 4.2-percent bump and his free-throw shooting numbers saw a 13.1-percent bump.

One of the more impressive parts of Tyree’s year has been his ability to turn it on when things matter most. To close the regular season, Tyree scored 20 or more points in nine of the final twelve games.