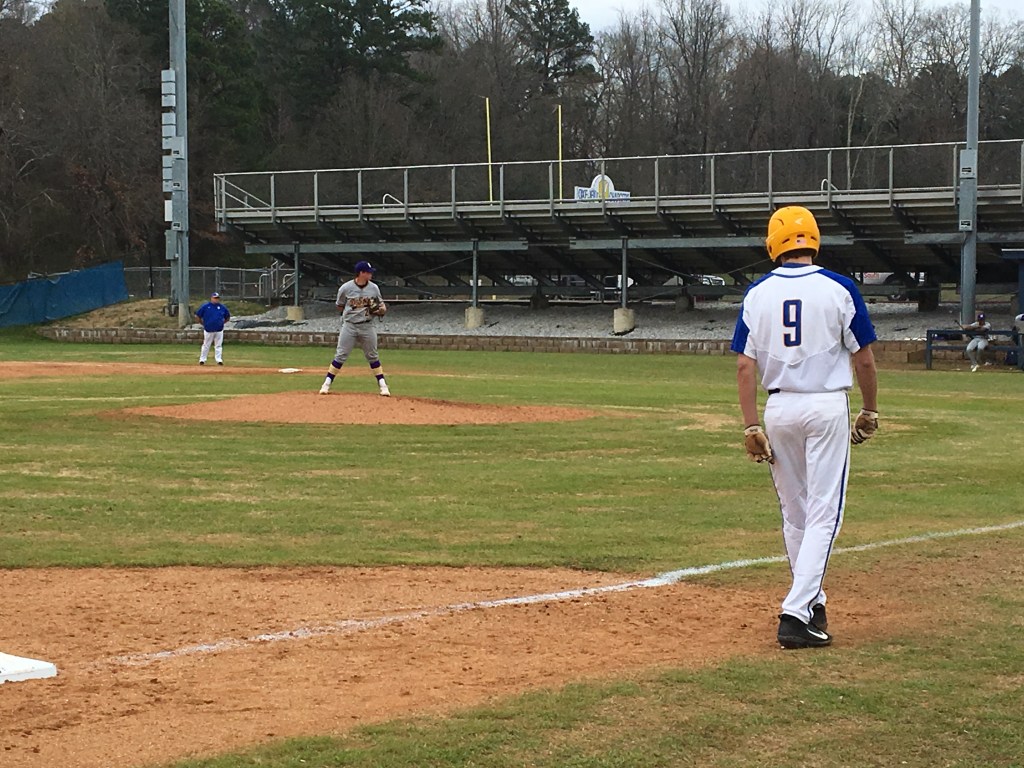 Oxford was simply unable to overcome the depth and overall talent of the DeSoto Central lineup Wednesday afternoon. Overwhelmed from the start, Oxford lost to DeSoto Central 18-0 to close their 2019 Spring Break Classic.

“Our kids are not gonna stop going back out there. We didn’t do a whole lot well today. We looked tired and the guys we look to as our leaders didn’t play with energy,” said Oxford head coach Chris Baughman. “When they made a mistake, they didn’t bounce back the way we need them to. We got beat by a better ball team today. Our goal is at the end of the year to make sure we’re playing better than we did today.”

Oxford starter Bo Gatlin struggled early against a talented Jaguar lineup. In fairness to Gatlin, it’s something that’s happened to a handful of Jaguar opponents this year.  DeSoto Central jumped on Gatlin early, scoring three in the opening frame and four more in the third inning. He would be pulled after 3.2 innings in which he gave up nine hits and seven earned runs.

Fielding errors were a serious issue for Oxford, as they were in Monday’s loss to Clinton.  The Chargers committed six errors on the day, including a bevy of balls that simply popped up and fell in the infield. Those errors are hard to excuse against lesser competition, but against one of the best teams in the state, they gave Oxford no chance.

“We didn’t field it well at all. If we give those guys extra outs, they’re going to take advantage of it. They don’t have a hole in their lineup,” Baughman said. “If you’re going to beat a team like that, you’re going to have to play nearly flawless, and we did not.”

It’s a DeSoto Central team that’s among the best in the state, if not the country. Just one week ago they were the nation’s No. 7 ranked team by MaxPreps before falling out of the rankings heading into Wednesday’s meeting. It’s a team that can hit at every position in the lineup, something that really caused pains for Oxford on Wednesday.

Blaze Jordan, the Jaguar third basemen committed to play college ball at Mississippi State, was electric in this one. Jordan went three for three with a home run and a walk against the Charger starter Bo Gatlin before singling off reliever Jack Tannehill. Jordan scored four of the five times he stepped to the plate.

The Chargers end up book-ending their Spring Break Classic. They lost to Clinton to open the tournament on Monday and won both games of a doubleheader against Houston and West Union on Tuesday before the DeSoto Central loss.