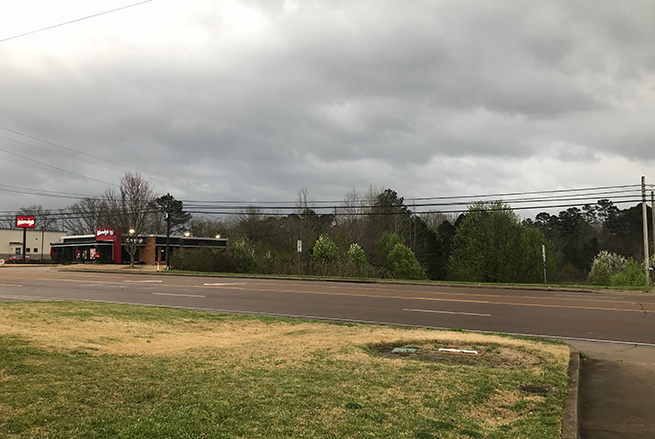 A new Oxford hotel was granted a variance that will allow it to continue with plans to develop the property. During Monday’s Oxford Planning Commission meeting, a request by the developers of a Comfort Inn & Suites was approved that will not require them to build a buffer between a stream and an apartment complex.

The hotel will be located on West Jackson Avenue between Wendy’s and Casa Mexicana. Behind the proposed development is the East Goose Valley Creek Tributary that divides the businesses along Jackson Avenue from the Oak Grove Apartment complex. There is also a natural tree line on the north side of the tributary that the hotel developers claim will give them the required 50-foot buffer needed between the hotel, tributary and residential area.

The developers requested a variance from two elements the land development code. The code stipulates that an area with sufficient planting and/or structural screening shall be provided between certain uses and districts. A 50-foot buffer is required between any commercial use on a site that is larger than 1 acre that adjoins any property zoned primarily for residential uses, as well as walking/biking trails and any blue line stream that is designated by the United States Geological Survey.

The tributary is designated as a blue line stream, but since it has been urbanized with riprapped banks and no longer in its natural state, the request asked this requirement not be applicable. The developers also stressed concerns that if they were required to build the 50-foot buffer from where the tributary begins there would not be any more practical developable property remaining for the development intended on the site.

Construction has not yet begun, but once the hotel is completed it will be the fifth hotel located on Jackson Avenue in a half-mile stretch from the Quality Inn & Suites next to Starbucks and the Super 8 next to Gateway Tire & Service Center.