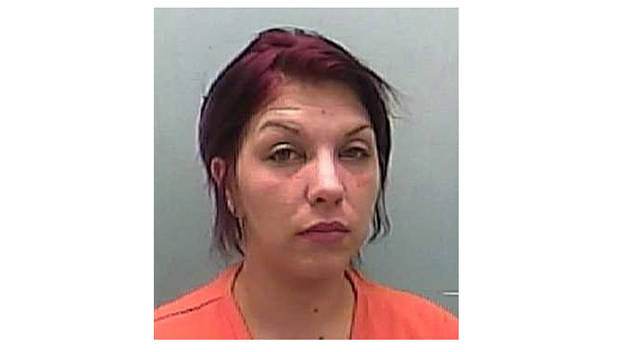 Jessica Aldridge has been charged with murder in the death of Jospeh Cupit.

NATCHEZ — An Adams County woman faces a murder charge after sheriff’s officials said she killed her boyfriend in a domestic dispute Sunday night.

“Around 7 p.m. we got a call about a disturbance on Benbrook Road,” Patten said. “After deputies arrived, they found the victim lying by his vehicle by the road. Paramedics with AMR were called and did CPR on the victim.”

Patten said Aldridge told investigators the couple got into a heated argument and that Cupit had choked her.

“The victim (Cupit) tried to leave the residence and was trying to get into his vehicle,” Patten said, “and more words were passed and the suspect (Aldridge) fired two shots at the victim while he was next to his vehicle. One shot hit him the chest.”

Patten said eyewitnesses corroborated the verbal dispute but not the physical aspects, including choking, and the witnesses said Aldridge fired the shot from the residence.

“When she fired the shot,” Patten said, “she was not in any immediate danger and the victim was leaving the area and so she was charged with murder.”

Lee said Cupit’s body has been transported to the state crime lab for an autopsy in accordance with state law.

“This is another tragedy of such a young life,” Lee said. “I will never give up on prayer and praying for these families in times like these.”

Patten said he is sorry for family members of the victim and the suspect.

“Unfortunately, their family and loved ones lost their loved ones, the victim and the suspect, if a jury of her peers finds her guilty,” Patten said.

No bond has been set for Aldridge who is being held in the Adams County Jail, and the case is still under investigation, Patten said.