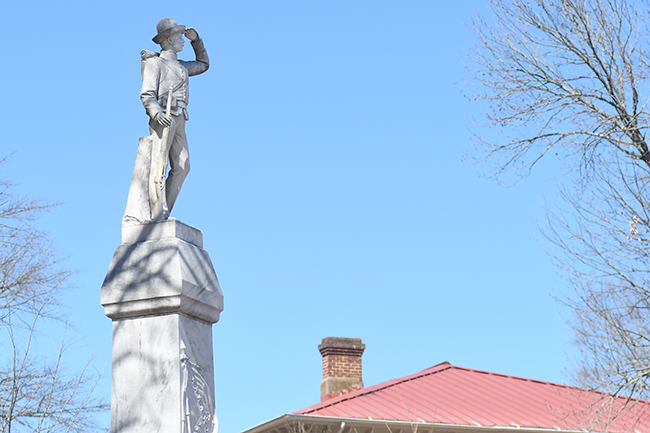 The next step in what could be a historical moment for the University of Mississippi was taken on Thursday. Interim chancellor Larry Sparks issued a statement to students, faculty and staff notifying them of the University’s intent to begin the process of relocating the Confederate statue from its current home on the Lyceum-Circle.

The decision comes after the Associated Student Body, Graduate Student Council, Faculty Senate and the Staff Council all passed resolutions calling for the statue’s relocation to the Confederate cemetery prior to Spring Break. On Thursday, the University officially agreed with its governing bodies.

“The recommendations made by these University entities, and sent to us by other internal and external groups, indicate that the most suitable campus location for this monument is not its current site on University Circle,” the statement read.

Following last month’s rally by pro-Confederate groups that took place by the statue and the statue located on Oxford’s Downtown Square, campus groups began working towards relocating the statue. The Graduate Council was the first group to pass a resolution, followed by the ASB. The Faculty Senate and Staff Council each followed suit quickly after.

A statement by Sparks following the passing of all four resolutions noted those were the first in what would be a lengthy process in getting the statue moved, ultimately ending with a decision by the Institutes of Higher Learning’s Board of Trustees in Jackson. Thursday’s statement mentioned talks between the IHL and the University have taken place as have converstions with the University’s Department of Archives and History.

The University submitted a notice of intent to the Department of Archives and History and Sparks said the process to secure approval from all parties involved will ‘require some time.’

“The shared governance process has demonstrated that our campus constituents are in alignment, and we agree the monument should be relocated to a more suitable location,” the statement continued. “This is an important decision for our university. The monument, its meaning, and its location have been a point of discussion and debate for many years. Thank you for the thoughtful and diligent consideration of this matter and your recommendations.”