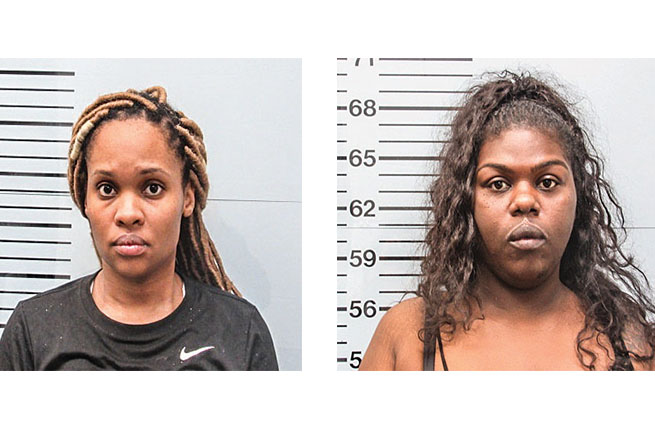 The Oxford Police Department booked two suspects earlier this month who they believe were involved in a string of credit card fraud.

Khavona Morris, 30 of Helena, Ark., and Katrice Missouri, 31 of Little Rock, Ark., were booked at the Lafayette County Detention Center after being arrested in West Point on unrelated charges. The two women are alleged to have been part of a credit card fraud scheme that dates back to last year.

On August 2, 2018, the OPD took a credit card fraud report from a victim at Belles and Beaus. While inside the store, Morris distracted the clerk while Missouri stole credit cards from the victim’s purse. The two then went to Wal-Mart and purchased $6,675.23 in prepaid debit cards. Morris and Missouri then returned to Oxford on Feb. 13 and went to Crème De la Crème on South Lamar. There, they once against distracted the clerk and stole her credit cards and once again returned to Wal-Mart where they bought $3,008.08 worth of prepaid debit cards.

The pair was arrested in West Point on March 14. After the posted bail they were transported back to Oxford by the OPD where a Justice Court judge issued them a $15,000 bond. The OPD believes Morris and Missouri were involved in a string of crimes with the same modus operandi and asks if anyone feels they were a victim of a similar crime, to reach out to their local law enforcement agency.