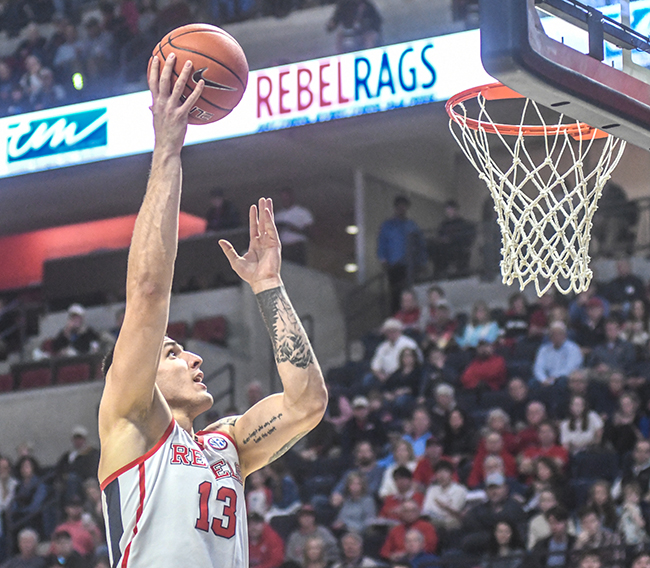 It’s exit interview season with the Rebels and it’s looking like there may be some major shakeups entering the 2019 offseason. Ole Miss center Dominik Olejniczek entered his name into the NCAA Transfer Portal this weekend and is looking to move on the from the Rebels.

“After meeting with Dom and discussing his goals, I support his decision to enter the graduate transfer portal,” said head coach Kermit Davis. “This mutual agreement will allow him to spend his last season of eligibility elsewhere, but we are proud that he will earn his degree from the University of Mississippi this spring. Dom was instrumental in helping us get to the NCAA Tournament, and we wish him the best going forward.”

A Polish national, Olejniczak played two seasons at Ole Miss after transferring in from Drake University. Olejniczak appeared in 33 games for the Rebels, starting in 22, but underperformed compared to expectations in his junior campaign.

Olejniczak saw his minutes drop down the stretch of the season. He started just one game of the final six for Ole Miss, playing just an average of 13.2 minutes over that stretch. Despite his 7-foot frame, he averaged just three rebounds per game for Ole Miss. Olejniczak averaged 5.3 points per game and also blocked 30 shots.

There are no leads as to the location of Olejniczak’s next destination.