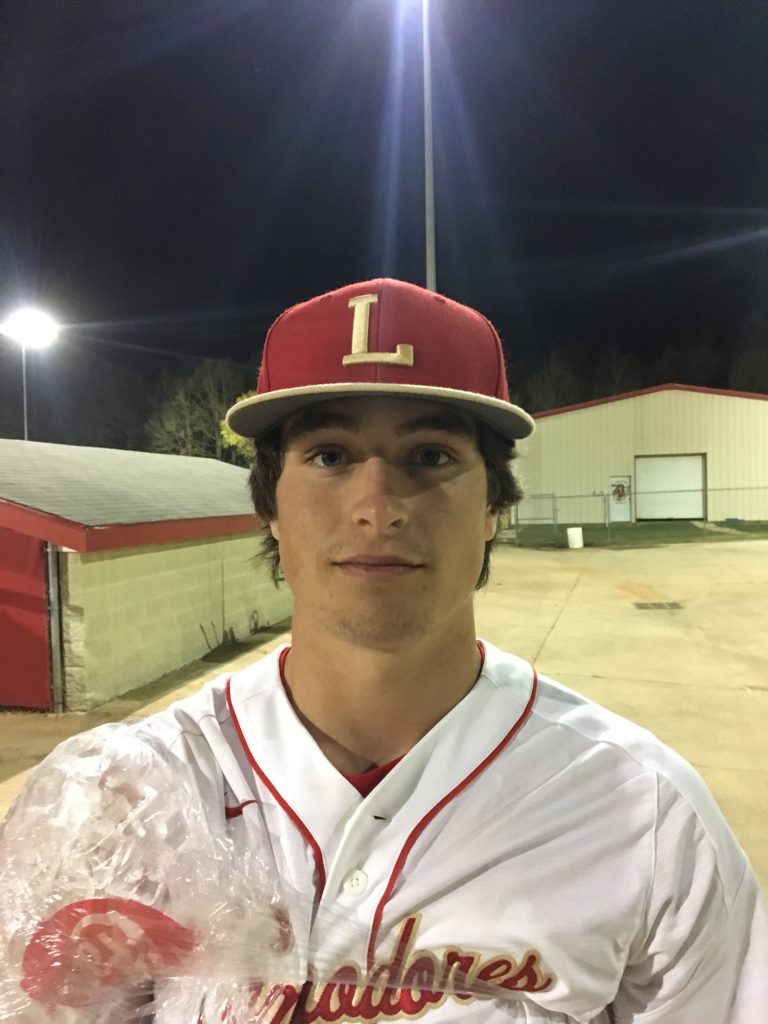 Only once all night did Westbrook allow more than one Wave baserunner in the same inning. He let the West Point eight and nine batter on base with two outs in the fifth before drawing yet another strikeout to end the inning.

“He was even better last week, to be honest with you. But he threw it and located well in big spots which made him stand out,” said Lafayette head coach John Walker. “He’s a fastball guy – everybody knows that. It’s got some tilt and some spin on it so he’s a tough guy to hit.”

Sophomore Blake Loper finished the game for Lafayette, allowing the lone run but striking out some of his own.

Patience was the message early for the Lafayette offense, allowing them to steadily tag on runs to start the game. The Commodores drew five walks in the game and took numerous more at bats late in the count.

Lafayette jumped on top of West Point starting pitcher Roe Ketchum early in this one and never let up. Commodore senior Wilson Varner got Lafayette on the board first, a two RBI single scoring Tyrus Williams and Zach Meagrow in the first.

The Lafayette offense would run Ketchum off the mound after just four innings, getting seven hits and scoring at least one run in every inning against the Wave starter.

“We were hunting certain speeds and certain pitches and if we weren’t getting it, we did a good job tonight of staying off of pitches that we weren’t after,” Walker said. “We hit several balls really hard tonight and that’s encouraging.”

Freshman Tyrus Williams was particularly noteworthy in this one, hitting 2-3 with a walk and also reaching base on an error in the fifth. His triple in the top of the first inning got things rolling for the Commodores.

With the win Lafayette advances to 10-8-1 on the season and gets to 3-2 in region play. The Commodores will have a short layoff from their familiarity with the Wave, as they’ll play the team again just two days after the conclusion of this one, Thursday night on the road.