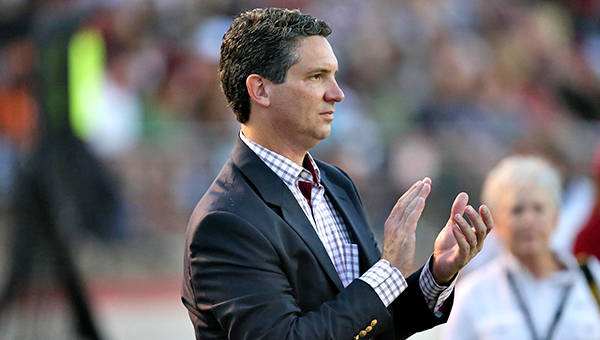 HATTIESBURG — Southern Miss has hired a familiar face to lead its athletics department.

The school announced Thursday that Jeremy McClain, who previously worked as Southern Miss’ deputy director of athletics from 2012-15, has been hired as its new Director of Athletics.

McClain has been the athletics director at Troy University since September 2015. He will be formally introduced at a press conference in Hattiesburg on Monday, and is expected to begin work in his new job by July 1 pending approval by the state’s IHL board.

McClain is a Mississippi native who also served as athletic director at his alma mater Delta State from 2007-12.

In his previous stint at Southern Miss, McClain was the primary fundraiser for the athletics department. He led a staff that set records in 2013 for the annual fund ($2 million) and the overall Southern Miss Athletic Foundation ($8 million).

He was also responsible for securing funding and supervising several major facility projects.

During McClain’s four-year tenure at Troy, he oversaw the renovation of the university’s football stadium, a restructuring of the athletics department, and an expanded digital broadcast partnership with ESPN.

Troy finished third in the 2017-18 Bubas Cup standings, which is the Sun Belt Conference’s all-sports trophy. It was the best finish in Troy’s 13-year history in the league.

“My family and I want to thank the Troy community for their amazing support and love over the past four years,” McClain said in a statement. “We are thankful to so many for making our time here so special.”

Humanist group objects to ‘In God We Trust’ on…