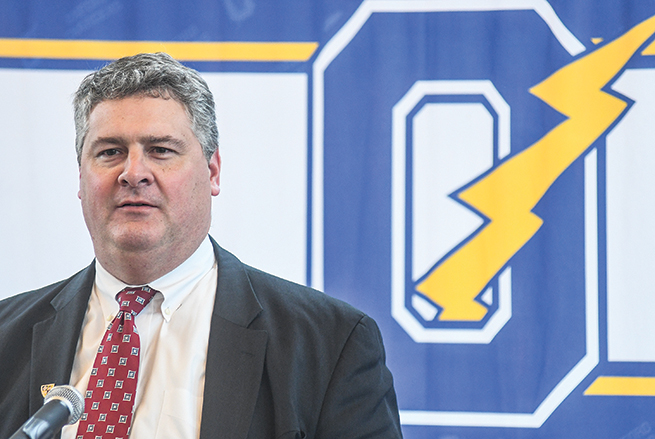 Brian Harvey will be in charge of the Oxford School District for the next few years. The Oxford School Board of Trustees approved a new contract for Harvey, keeping as the district’s superintendent through 2023. The contract approval took place during the Board’s regular meeting on March 25.

The new four-year contract will take effect on July 1 and run through June 30, 2023. Per the contract, Harvey will make $164,285 a year and will be given a vehicle to be used for official district business in and outside of the district. The vehicle’s total cost cannot exceed $30,000. Harvey will also undergo a yearly review by the Board. Outside of emergency or extraordinary personal reasons Harvey himself cannot terminate the contract.

Since 1995, Harvey has been affiliated with the Oxford School District in some fashion or another. He started as a history teacher at Central Elementary before moving to Oxford High School where he became the head coach of the baseball team and continued to teach history. In 2005, Harvey became the assistant principal of Oxford High School then became the principal at Oxford Middle School before moving to the district office as the assistant superintendent in 2008.

The Oxford School District has earned an ‘A’ rating by the Mississippi Department of Education every year since 2015.