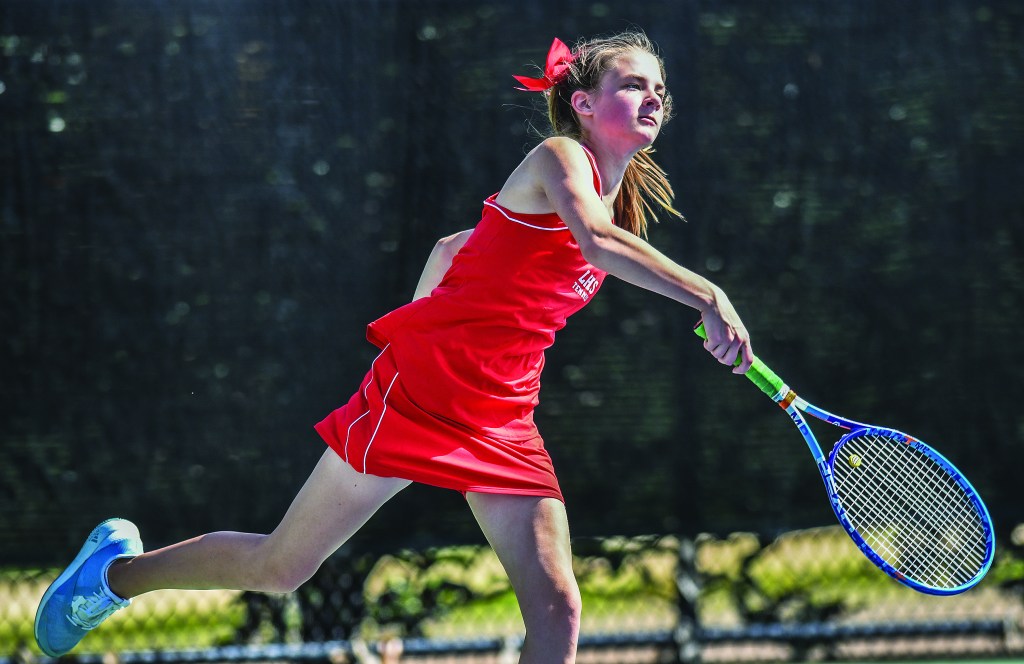 OXFORD – Fighting back Mother Nature to dry the courts in time for play, Lafayette High School hosted the Region 2-5A tennis tournament on Tuesday. Bringing together athletes from Saltillo, Grenada and West Point to the John Leslie Courts, Lafayette took three of five possible individual titles on Tuesday afternoon.

Ally Bowen won the girls singles going away, as did Nate Leary with the boy’s singles. Neither of those brackets were particularly close. Lafayette’s third victory came in the boy’s doubles, with the Commodore pairing of Dawson Welch and Barrett Childress taking the gold.

Again, it’s a regional tournament with no team champions. All the matches are set up as individual brackets, each containing individuals or doubles pairings from each of the four teams in the region.

The Commodores could potentially face one of these teams again in the North Half final of the playoffs, so gaining experience and working matchups against the common foe’s was the key for Lafayette head coach Debbie Swindoll in this one.

First round state playoff matches for Lafayette will begin next Monday.