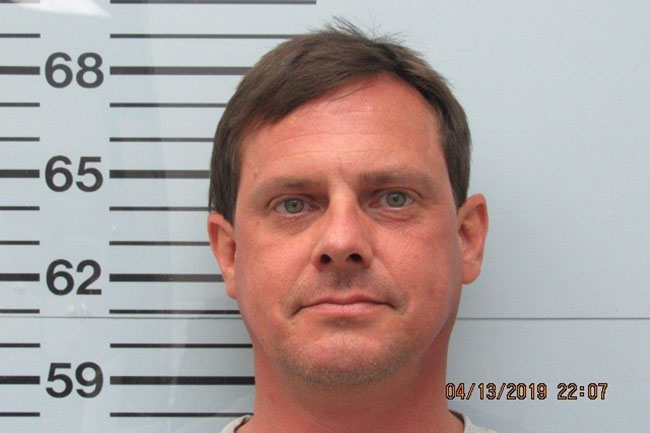 With the help of local residents the Oxford Police Department was able to arrest a man suspected of breaking into pharmacy last week.

On April 12, OPD officers responded to G&M Pharmacy at approximately 10:18 p.m. When they arrived they found the power had been cut to the building the glass front door was shattered. The initial investigation revealed that an unknown male was caught on security cameras entering the business using a tool to break the front door. Once the male was inside he stole a controlled substance and fled prior to the police arriving to the scene.

The following day OPD released a photo of the unknown suspect to the public, which then led to the identification of the suspect as Jeremy Weathersbee, 42, of Oxford. Warrants for his arrest were issued and he was arrested later that morning and transported to the Lafayette County Detention Center.

Once in custody, it was determined was connected to an open case from earlier this year. Oxford Police had an open vehicle burglary case from February where a then unknown male entered a vehicle and stole property. Investigators were able to link Weathersbee to that crime as well. He was booked for two counts of commercial burglary and one count of possession of burglary tools. Weathersbee’s bond was set at $25,000 by a Justice Court Judge.