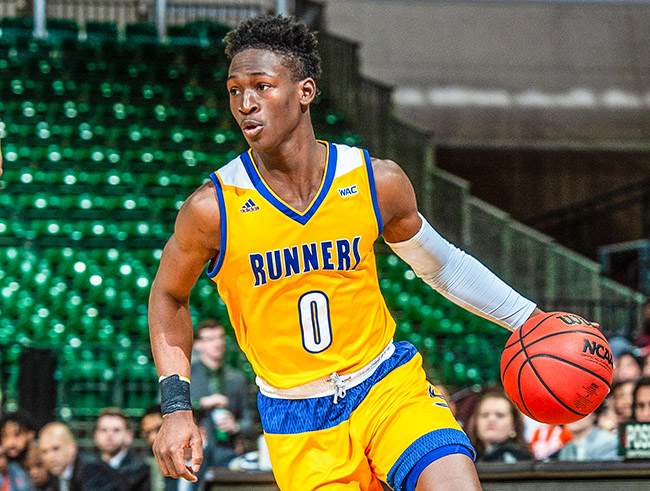 Joiner, a 2017 graduate of Oxford, went to Cal State Bakersfield to play for former Ole Miss coach Rod Barnes for two seasons. After scoring a team-high 15.6 points per game as a Roadrunner sophomore this past year, he decided to put his name in the transfer portal.

Home in Oxford over spring break, Joiner made the decision many around the Mississippi native thought would be coming for quite some time on Thursday afternoon – he committed to transfer home to Ole Miss.

“I have formed an unforgettable bond and brotherhood with my teammates and have learned a lot from each of them. The relationships I have made at CSUB will never be taken for granted,” Joiner said in a statement on Twitter. “With that said, I would like to say Hoddy Toddy! I will enter Ole Miss this June and further my education and basketball talents with Coach Kermit Davis (and) his staff and the Ole Miss basketball program. I am Mississippi Made.”

Ole Miss head coach Kermit Davis was familiar with Joiner. He recruited the guard when he was at Oxford.

It wasn’t hard to notice Joiner’s impact with the Chargers – he averaged 36.5 points per game as a senior.

The move that’s not all that surprising to those in the area. Oxford head coach Drew Tyler had been talking to Joiner for quite some time about the decision, and had been anticipating the announcement for a few days now.

The sophomore will have to sit out a year due to transfer requirements, but will be in line to play in 2020 as a redshirt sophomore. The timing lines up well with when current Ole Miss guard Breein Tyree will likely be graduating.

Joiner’s signing leads to something Kermit Davis has been looking for since he took over at Ole Miss – depth. While Joiner won’t be able to play this upcoming season, he can practice. Adding Crowley and Joiner to a backcourt containing all-SEC first teamer Breein Tyree and rising junior Devontae Shuler should really beef up the way Ole Miss can practice.

While at Oxford, Joiner was named the EAGLE’s Player of the Year three times from 2015-17.