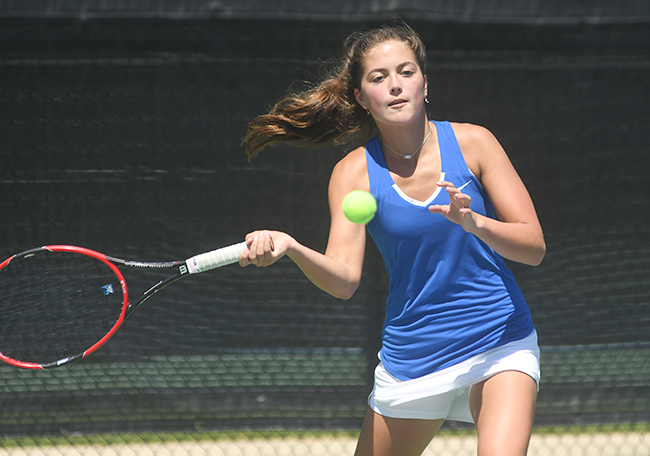 OXFORD – A somber Louis Nash was clearly upset after Monday afternoon’s loss. But at the same time, it’s an Oxford tennis season that exceeded the head coach’s expectations.

Oxford lost Monday in the 6A North-Half tennis finals to Madison Central by a score of 5-2. Finishing with an 18-2 record, the team’s second year as a 6A school ending again without a chance at a state title.

“The best team won that match. They have the best team overall, probably in the state,” said Oxford head coach Louis Nash. “There was a slim chance in the right matchup we could win that match… they were just older and better tennis players on most courts than we were. And that’s kind of the way it played out.”

Oxford had to replace quite a bit of graduating talent this year. Good news for Nash’s Chargers is that they won’t have to deal with that same issue in the 2020 season – the team’s top twentyplayers will be returning.

“We finished 18-2, and we got all we could out of this bunch. We had a lot of different kids win points throughout the year that helped us win,” Nash said. “I wouldn’t have guessed that record going into the season, just because of the quality we lost last year. As far as an overall season, I’m really happy with the way those kids played.”