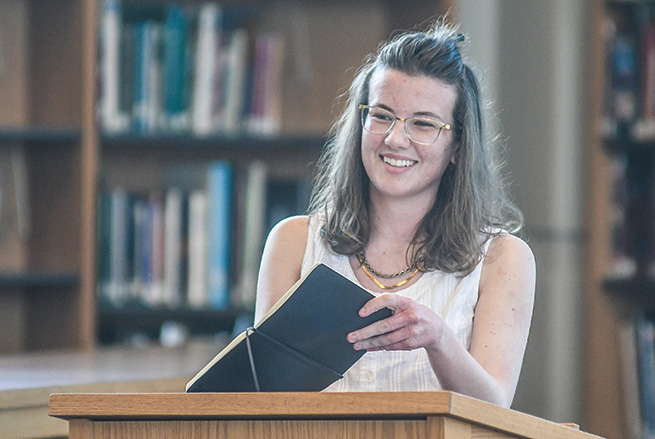 Underage drinking is something every city in the country tries to combat. With two high schools, a college and a prevalent nightlife atmosphere, Oxford experiences this issue more than most towns. In an attempt to bring the topic to the forefront, the Oxford Treatment Center hosted a free community event to get the conversation started on Tuesday.

The event titled “The Culture of Alcohol: Current Perspectives on Underage Drinking” was held at the Oxford High School Library with local elected officials, members of the Oxford Police Department and concerned citizens in attendance. There were two guest speakers who presented two different viewpoints followed by a panel that included Lafayette County Supervisor Kevin Frye and Mississippi Representative Jay Hughes.

“My hope was to make the community more aware of the level of serious alcohol abuse of our high school students,” Hughes said. “Many just aren’t aware it is happening as prevalent as it is. It’s no OK, it is illegal and it’s not happening at this level at other schools in other districts. There may be some, but it’s a very big issue in our community here. It harms the students, the family and our community by having this reputation of high teen alcohol and substance abuse.”

The event started with Julia Mitchell, a junior at Oxford High School, standing up and speaking to those in attendance about what she sees on a daily basis. Mitchell touched on how frequent and common it is for her to see friends or classmates being supplied alcohol by their families or having it be as accessible to them as Mitchell feels it is.

Mitchell is a member of the OHS’ Reach, Inspire, Support and Encourage (RISE) chapter that aims to improve health, wellness awareness and access for students through a school-based, peer led education program.

“I’m one of those social chameleons where I’m in the party scene, I’ve been there,” Mitchell said. “I’ve seen all sides of it. I fit in with a lot of the groups, so it’s easy to blend in. (Tuesday) was an opportunity to get to speak to people who could make change. That could actually make change and give the push. They’re here because they want to know what’s happening, how to fix it and the solutions.”

Justin Gellar, a recovering abuser and current employee at Oxford Treatment Center, was the second speaker. Gellar came to Oxford three years ago from Connecticut after being ‘disowned’ by his family. He gave a short testimonial about his personal experiences and what the center has been able to provide him.

A Q&A session followed, moderated by Brian Whisenant, director of community relations at Oxford Treatment Center. Whisenant asked questions to get the panel started then allowed members of the audience to get involved, including a mother who’s daughter was once a freshman at Ole Miss but is now in a treatment center in Texas after she deemed Oxford and the university as too ‘toxic’ for her daughter.

Hughes touched on his time serving on the University’s drug and task force and their attempt to uphold the owners of tents in The Grove responsible if they allowed underage drinking to take place in their space.  The administration in charge at Ole Miss at the time opted to not go with the task force’s recommendation.

“To me, Oxford has the unique situation of being a university town, being one where people celebrate going to the Square, being where children have issues that we didn’t have and they’re emulating,” Hughes said. “I will say that parents can very much be a problem on this. …Whether it’s intentional or implicit, the culture exists and the adults are allowing it to go on without responsibility or retribution for it.”