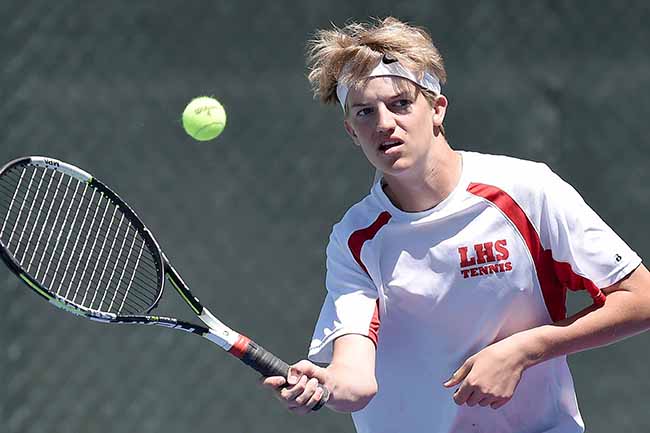 Lafayette's William Smith hits a forehand at the net against Stone High School at the MHSAA state tennis team competition at Parham Bridges Park in Jackson, Miss., on Friday, April 26, 2019.

A tremendous year is no more.

“All the matches were fairly close,” said head coach Debbie Swindoll. “We had a shot at more points, but they’ve been here ten years in a row and playing six seniors. I’ve got to put it in perspective.”

Facing a stone county team that played six seniors, the Commodores were only able to muster up one victory. Ally Bowen beat her Stone County counterpart 6-0, 6-0 in the girls singles.

Stone County had lost nine years in a row in the state championship to Oxford before losing to Lafayette last season. Now they’ve finally won it.

Despite the sad ending, it was a great year for Lafayette. Going 12-7, they played, and were competitive against, a handful of teams from 6A on the year. Nearly all the players competing Friday in Jackson will be back next year.