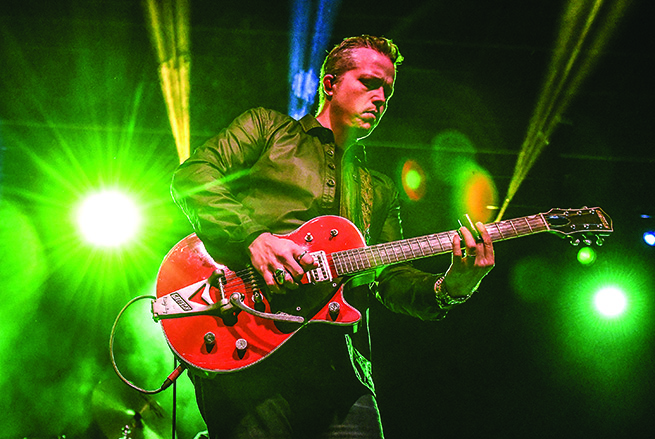 This past weekend saw another successful production of the Double Decker Arts Festival as thousands flocked to Oxford’s Downtown Square to soak in the sun, food and music. The annual two-day event was greeted with perfect weather; something the area has been in short supply of this spring.

Following Friday night’s opening festivities that included the Thacker Mountain Radio Hour broadcasting from the North Lamar Boulevard stage, Saturday was filled with events from dawn until the late hours.

Kicking things off early Saturday morning was the annual Double Decker Spring Run, featuring over 1,500 competitors in the 5 and 10K races combined. 394 runners participated in the 5K race with Charlie Dawson of Oxford finishing as the top male with a time of 16 minutes, 33.49 seconds. Leanne Kendricks, also of Oxford, completed the race with a time of 19:45.49 to be the top female finisher. Chad Berry of Madison finished the 10K race in a time of 35:04.24 to be the top male while Blue Mountain’s Aubrey Johnson took the top female finish (44:15.25).

Upon completion of the run, the arts festival commenced with hundreds of vendors selling arts and crafts wile food vendors circled the Lafayette County Courthouse providing hydration and nourishment to those who attempting the all-day endeavor.

The UM Salsa Project kicked off the musical portion of the day with a performance at 10:15 a.m., starting a near 12-hour run of music on the main stage to entertain the festival attendees. People set up grove chairs by the dozens, securing their spot for the main attractions later in the night.

With the day winding down and those who witnessed Ole Miss complete the sweep over top-10 Texas A&M making their way to the Square, Memphis-based Lucero kicked off the evening portion of the star-studded lineup with an hour-long set. During Lucero’s set, the crowd began to deepen and by the time Shovels and Rope completed their set, nearly all of Oxford filled up North Lamar in anticipation of headliner Jason Isbell.

A little after 8:30 p.m. Isbell and his band, The 400 Unit, took the stage and played nearly 90 minutes to a captivated crowd that spilled onto the sidewalk and filled the balconies of the Chancery Building and Oxford Square North. Isbell played at Double Decker once before, but it was to a much smaller audience than the one in front of him on Saturday. He even noted it dwarfed the crowds that would see him and his former band, The Drive-By Truckers, play at Proud Larry’s years earlier.

“I don’t think we could fit all of you into Proud Larry’s tonight,” Isbell said.